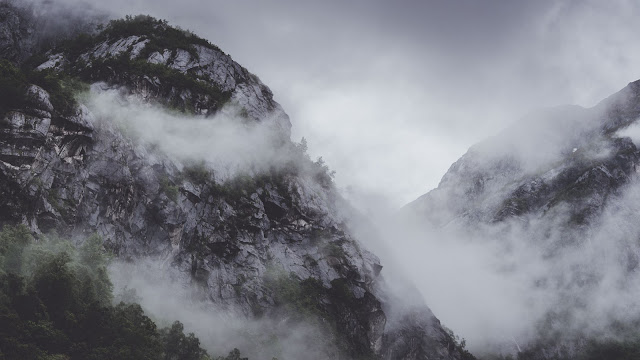 Folk metal came up in a discussion I had last week, so I decided for Gothober to find the darkest folk metal, which since I always have to make things harder for myself when it comes to these things also has a Halloween like theme in it's lyrics. So this forced me to think out of the box. Some songs like Ulver who got there start as a folk black metal band, maybe not be going by the numbers on their song as it comes from a period when they had begun to branch out though the influence is still there is the melodies of the vocals. Tiamat is another who dipped into folk metal way back in the 90s before it became a thing like it is today, and the song that was chosen due to it's lyrical theme, also deviates into more of a straightforward metal, but there is not a ton of folk metal out there that meets the strict rules I orginally set down and when I begin something like this is can get stuck as a draft unless I force it past my OCD and allow myself to rework the rules since I am the one who orignally made them in the first place, If you  read my work for Cvlt Nation, you know my battle with mental health and can see how it even effects the writing I do here. So now have a listen .

Ruins of Beverast - " I Raised this Stone as a Ghastly Memorial"

Agalloch - "In the Shadow of Our Pale Companion"


Empyrium - "The Days Before the Fall"


Tiamat- "Sympathy for the Devil"