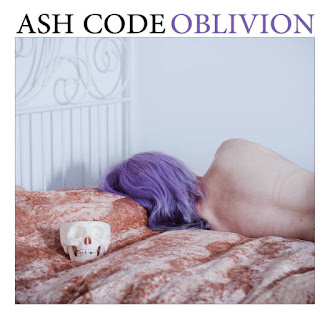 Having already reviewed "Perspektive" earlier this year we shall see if this album does much more for me. Production value was the main hindrance to their previous album. It's marginally better going into the first song here. "Dry Your Eyes" finds more attention to details when it comes to the vocals. The drum programming on this song is not as powerful as the opener. There is a more robotic tone to the vocals that works better and with the production problems. I can hear some similarities between these guys and She Wants Revenge. These guys are more hipster than She Wants Revenge. The motion to Crucified makes up for a lot . The song locks into a drone in a much more detached fashion.

"Empty Room" has a tense post punk bass line set against the more cavernous reverb of the song and its more machine like chant. The bass line to drama is clearly a synth pattern. There may or may not be guitar it gets hard tell what is what at this point, but I think when it comes to this project it is safe to assume most things are not organic. Female vocals help switch things up though they stick to the more spoken than sung Ian Curtis like narrative. There is a marginally more frantic under current to the darker "Want",

I am not going to include the remixes for the sake of this review, while I am all for taking another look at songs in this manner I feel here we are just looking at the original interpretation of these songs and they are bonus tracks. The last song is gloomy, it is also kinda boring as the vocals continue to be more spoken than not. I'll round this down to a 7.5 , which seems to be consistent with their previous album, though it was the redundant vocals that bored me and not the production this time around.