The Pretty Reckless :" Other Worlds" 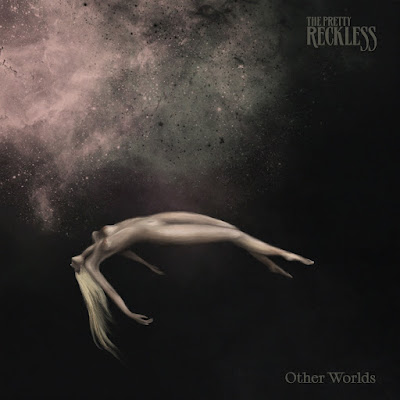 This is an album of covers and songs that are remixes different enough to feel like a reimagining which is the case with "Got So High: that feels more like a 90s alternative radio single. When names go into consideration for who might be worthy of replacing Chris Cornell for a Soundgarden reunion Taylor makes a great case for her name being thrown in the cat with her cover of "Loud Love". She even takes things a step further by cover a Chris Cornell solo song, which is not as compelling as taking on Soundgarden, but clearly her intentions are known. When it comes to covers, I am going to be most critical when someone covers David Bowie, but she does a fine job with "Quicksand ". Bowie's keyboardist Mike Garson plays on this making it more legit.

"25" is even darker and more urgently sung as an acoustic piece which works really well. Her voice works well when dipping into the smokier place before she belts it out. They accomplish similar with the t acoustic reworking of "Only Love Can Save Me Now". With things stripped down in such a fashion you can hear how nuanced her voice is and confirms she is the real deal. I have always stood by the fact that if a song is good, you should be able to strip it down to acoustic guitars and play it in its simplest form which is what they are doing here, and it further proves my point. When it comes to "Death By Rock n Roll" they use more percussion.

She covers another Soundgarden song with "Halfway There" which finds Matt Cameron harmonizing with her. While he sand back ups on Soundgarden songs I guess he gets the job done , but the song is not the most impressive offering here. The cover of "What's So Funny About Peace Love and Understanding", works really well, even if it is less like Elvis Costello's version. "Harley Darling" works but is not as interesting as the others. I will give this a 9, and see how it grows on me.