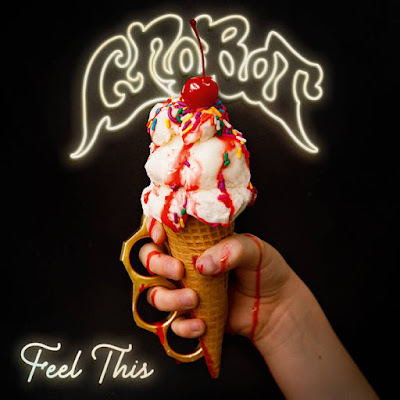 These guys made the Skid Row album that Skid Row should have made. Brandon Yeagley is not paying tribute to Sebastian Bach, but he captures his spirit much better than Skid Row's most recent singer. They play a style of high energy hard rock, that gives ample balls to the guitars. They are not intent on just cock rock as there is a more Rage Against the Machine groove to "Dizzy". The vocals fall in all the right places. By the time you get to the anthemic sounds of "Set You Free " You might find yourself wondering why these guys are not all over the radio. The crash into a harmonica-tinged boogie with " Better Times", this is almost too straight froward rock for me, but it works for what they are doing.
They tap into trippier sonics with the grunged out vibes of the more Soundgarden influenced "Golden". They are at their most metal on the gallop of "Without Wings". Then it might as well be the late 80s with the brand of cock rock they bring on " Livin on the Streets".  They switch back to a more 90s grunge tone with "Into the Fire". The guitarist is very capable in every respect.  The flip to cock rock on the song after makes it feel like this is an intentional formula. "Holy Ghost" is harder hitting, though on more of the Guns N Roses side. The hooks are there, and worth repeat listens,
Then things are oddly angular and almost Devo like in terms of the bouncing guitar going into "Never Break Me". Not their strongest chorus but balanced out by the unique verses. The album closes on more of a trippy grunged tip, if it was dipped in an 80s power ballad. I will give this one a 9.5, as it is really well if not familiar sounding in the era it pays homage to.
Posted by Wilcifer at 3:27 PM