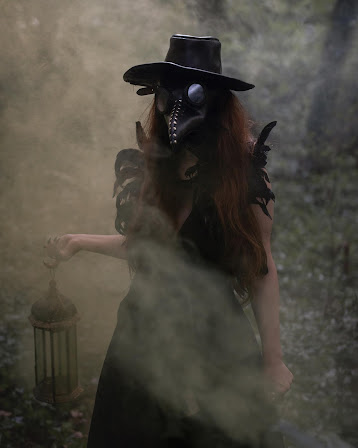 The best way I have managed to combat the blues of October being over is to wallow in them, thus I created a month dedicated to doom a few years ago and I am keeping up the tradition.  I am not just looking for bands who worship Black Sabbath, in fact I tend to stray away from those as a general rule because I own the Black Sabbath albums already and can just listen to them. My favorite sub-genre funeral doom, so we will have our fair share of that, but also sludge, stoner rock, darker psych, death doom and more. More being the variation of traditional forms of doom, there seems to be a larger outpouring of it from Greece these days.

However, despite the twists and tuns the genre might make there be a doom adjacent artist or two, we are going to be very clear about what is doom and what is not. It is not just about playing slow. Sludge most commonly makes this mistake as it is often slow hardcore through a metal filter. Sludge is about aggression, where is more tormented than hateful, Doom is about sorrow, loss a foreboding fear of what is to come, not unlike horror movies in this regard. While darkness is the driving force behind black metal, it should also be a pervading theme of doom. There are a few bands, one of whom I review this month who confuse power metal for doom, that does not work for me.

The month will end with me revealing the best lists for doom, sludge, and stoner metal. One reason I keep doing this every November is it gives me the time to catch up on bands that might have flown under my radar the rest of the year, or catchy bands who have released their album late in the year. I think releasing an album after October is pointless, there used to be a trend of holding out to November so it could be sold for X-mas, but how often are physical pressing of a music given as gifts these days? Not much and not enough to have release schedules delayed. Any ways here comes a parade sonic despair for the month.