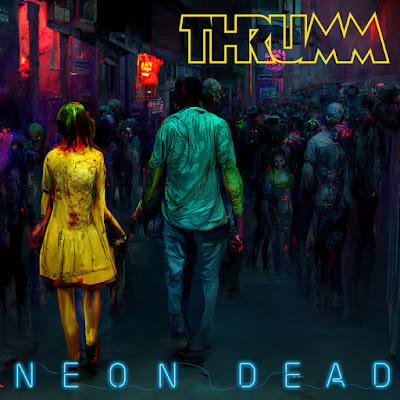 This Atlanta band is somewhat a mixed bag. Their riffage is not doing anything new. Neither is their vocalist, but he at least is giving it his best shot, though he should pay more attention to jazz where less is more. By attempting soulful vocal gymnastics at every turn, he never creates melodies that stick in your head and make this worth listening to again. Ater it is those ear worms that make you return to an album no matter then genre. What he does on the phrase" life is what you make it and I'm not afraid to die" would work better if this was the case. They are not bad at what they do just, not as effective as they could be.  In Atlanta they might be a big fish in a small pond when it comes to that thing, but this month we review doom albums from all over, so how does your album compete against those is the question.

This might seem like a harsh question until you consider my time spent reviewing music, is limited. the fact I got past the first songs says I do like this enough to give it a shot which is a compliment in and of itself. Things feel crowded and get a little stale on the more driving "Morning After Judgement Day". The singers voice could a little more balls to. It sounds a little thin. He could have benefitted from double tracking his voice. Some of the catchier riffs remind me of 'Blind Era" Corrosion of Conformity. This song is heavier than the previous song, but largely a slush pile of distortion. Things get a little more streamlined on "Throwing Stoned".  But it just sounds like any metal band doing this sort of thing on Thursday night, because there is not really that "x factor" that gives them their own identity. Just vocals that are belted out better than average are not enough to carry an entire band.

The title track chugs along your typical metal lines. When this guy tries to go for a more falsetto metal scream at the beginning it's really weak, but I was raised on a diet of King Diamond so my expectations high in those regards. The guitar solos on this album really do a service as they just seem like a collection of tricks, they are trying to show off rather than someone who say down and wrote a solo to compliment the tone of the song. I will give this album a 7.5, it is a matter of sound vs songs. They need to give more thought to writing songs and serving them , this might trim some of the flash, but make it a more memorable experience.