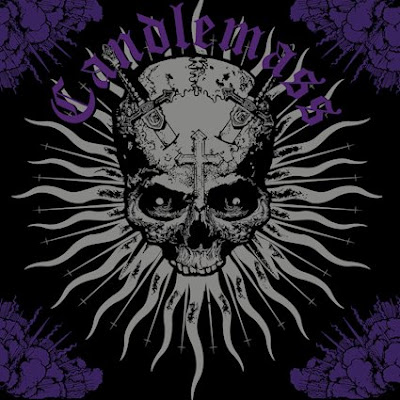 Once I find myself having to reconcile the fact this is not Robert Lowe or Messiah Marcolin singing on this album. Johan Langquist  returns after already selling himself on sings on their first album, making him an original member of the band. If any fan of doom thinks of the band, the singer who had the most bearing was Messiah legendary. Who sang on four albums, once of those being the legendary "Nightfall".  Solitude Aerturnus  singer Robert Lowe also had an impressive run with the band that feel true to who they are.  What Johan does have going for him is the lower grittier tone than the more operatic bellow of Messiah Marcolin. At times this gives the band a heavier sound.  Riff wise things have not changed much since the glory days.

"Angel Battle " is strong enough to measure up to their legacy, finding Johan able to open up and really croon in the emotive manner this band is known for.  "Black Butterfly" finds Johan roaring with authority, but the song itself plod in a safe middle ground for the band, that relies more on crunch than melody.  "When Death Sighs" has a more convincing creep to it. The vocal melody to "Scandinavian Gods" is also convincing enough to me. The pace picks up a little on "Devil Voodoo".  It has a head banging drive to it, though the vocals are a little color by numbers. Yet they get the job done. Lyrically it is far from the strongest song, as it's horror movie level garbage that seems to have no grasp of what voodoo is.

"Crucified" is a strong song on all fronts. It's one of Lungquist's best performances on this album. The main guitar riff is pretty bad ass, even though it's pretty simple. Midway into the song they unleash on of the year's best doom riffs. The last actual song "Goddess" feels like Heaven and Hell era Sabbath. The last track "Cup of Coffin" is a great song title but is merely just an outro.  I will give this a 9, it might take some getting used to and grow on me, but the album sounds great and accomplishes what the band set out to do. They are masters of the genre and that can clearly be heard here despite what attachments to other eras of the band I might have. It drops November 18th on Napalm Records.