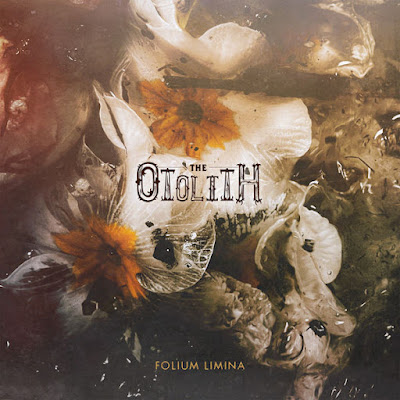 This band is made up of former members of SubRosa. That alone lets you know you are not in for run of the mill metal. The album opens with strings and folk inflected vocals. When the drums kick in things begin to take on more of a dirge like quality as the storm brews. Until it gets to the break down seven minutes into the song it does not feel like it is a sprawling thirteen minutes. Even then the way the vocals come back in is interesting enough to help the time pass. I really like the fact the heaviness comes from the expressive drone of the atmosphere and hit you in that sonic sweet spot of the darkness making things heavy rather than just crunching out metal.

"Andromeda's Wing" has a more driven lumber and packs a greater punch despite not really being metal in the way it is thought of in 2022. This is even with growled vocals that faded into the throb. It is however very heavy. The grimness is tangible, the palm muted tension it dips into leans in more of a proggy direction "Ekpyrotic" feels like the heavier extension of the previous song. It flows through the shadows with a grace that exceeds the confines of the crunching chords. The chord progression reminds me of something from 'the Wall". Almost two minutes into "Hubris" before the dots connect that this song is an extension of the previous one, the melodic manner it drones in is quite unique this is like doom folk or folk doom, not sure how it falls adjective wise. The bass chord thundering as the dynamic shifts. Harsh scowled male vocals chime in by the end of the song to lean things in a more metallic direction.

One of the album's heaviest riffs emerges from "Bone Dust". Sonically pleasing in the shadow, it casts, they use samples really well as the song draws on. The chug it ends up on is pretty powerful. There is a romantically sorrowful mood to the last song, though the arrangement and sparse use of vocals give it a more post-rock feel. The guitars that do crash into have a storm driven feel, until the roared vocals offer a more explosive dynamic. The execution of this feel more sludge like but the overall feel of the album is darker and doomier.  I will give this a 9.5, it is one of the better and more unique doom albums I have heard this month, just the right blend of atmosphere to heavy.