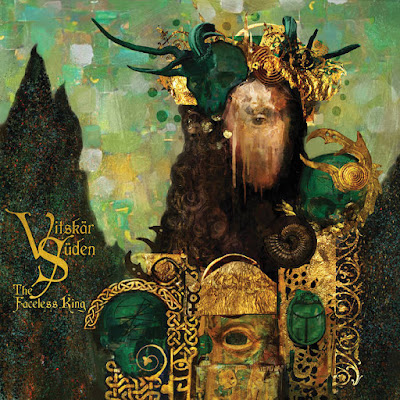 Since weed is legal in California things have changed in the LA music scene, this band is not at all what you would expect, the blend a few different styles, the opening track is very surreal and dense almost like shoe gaze or post rock, but multi layered. There is a dark and somber under current to what they do. What they do does involve a great deal of weed smoked at the very least. The second song finds things congealing into a heavier storm of sound that is anchored down by more driven rock sounds and bombast drums.  The vocals cry out amid this with a very vulnerable feel to them. Not sure what to make of his voice, it is not dramatic and powerful like a metal singer would be, and more introspective.

The third song is more Jammy and works off a more indie rock feel, The bass player is determined to hold things down with balls. The reedy tenor of the singer is more indie rock in its feel somewhat like Arcade Fire, though really reminding me more of an old Atlanta band called Five Eight.  Choa begins to reign here in the busy picture of angular fractals and trippy sounds the pour over things.  There is a sleepier strum to "Voices from Behind the Wall". I like the mood being captured here. It is dark but really hard to pin down anything it obviously sounds like. Shares some moody common ground with doom without being metal. The next comparison I can make to the kinds of sounds being artfully kicked up here is Pink Floyd, on the song "    Shepards on the Roadside" which is like if "Obscured by Clouds " collided with some of the hookier guitar work from the Wall. The vocals a retain a fragile desperate quality as they are more of a plea than belted out,

The instrumental "Bonedust and dark" is a jammy excursion that is darker and heavier but also a murky swamp of guitar solos, that collides in atmosphere. It seems like an extension of the previous song. There are some heavier sound as in denser not metal, but it moves at a similar cloudy fog as to what we have already heard from these guys. Not to say that sound is not pleasing as it is, it could be an extension of the previous song. I will give this album a 9.5, sure it owes little to Pink Floyd and perhaps King Crimson, but those are two classics to be in debt to.