November is Doom-Cult of Luna: "the Long Road" 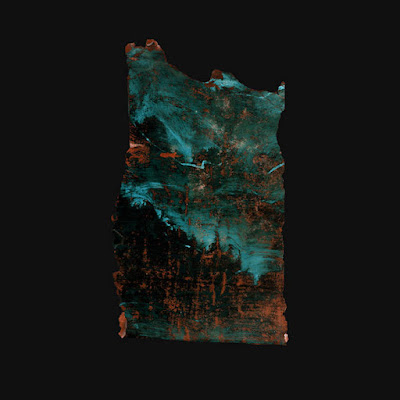 Not our first rodeo with the Swedish band Cult of Luna here. While I am a fan, I do not seek them out, which is apparent due to the fact this album came out in February. Sometimes when I just lose track of a band, the chore of catching up with where they have been seems like too much. They have been refining their sound and making the same kind of apocalyptic sludge but streamlined for a more mainstream audience. This is pretty straight forward, harder than Mastodon, but riffing a Tool fan can get behind. I like how the second songs moves, better but after another listen to the opening track it sat better with me, though I still stand by everything I said regarding the albums over all sound.

Mariam Wallentin, the Swedish singer you remember from her duet with Damien Rice, joins them for the solemn "Beyond I".  At three minutes it feels almost more like an interlude in comparison to their other songs. Five and a half minutes into the atmospheric angular jamming of "An Offering to the Wild" the bark of the vocals come in. There are some interesting instrumental acrobatics after this. Guitar solos that work more of sonic shading than shredding. The song climaxes into a mean enough riff. The darker "Into the Night" is caressed by a smoky Nick Cave like vocal. "Full Moon" sounds great but is an abbreviated instrumental that feels like and extension of the song that follows. The title track is like a more chaotic version of Neurosis. It is almost like free jazz in abstract arrangement that gets a more throbbing flow midway into the ten-minute song.

There is an angrier attack to "Blood Upon Stone" . There guitars are well layers and ever at the album's straight forward metal moments like this one, there is a more ambient texture of guitar haunting the edges of the crunch.  The sprawling sense of dynamics that is prog like in it's wanderlust, is what helps to separate them from the pack. Granted this also means they are indulging themselves in an eleven-and-a-half-minute song. The last song is pretty much just an ambient outro. I will give this album a 9, it does what the band set out to do and will please their fans, I am a marginal fan and found it entertaining so if you are really into these guys, it does what you want it to.

The Long Road North by Cult of Luna