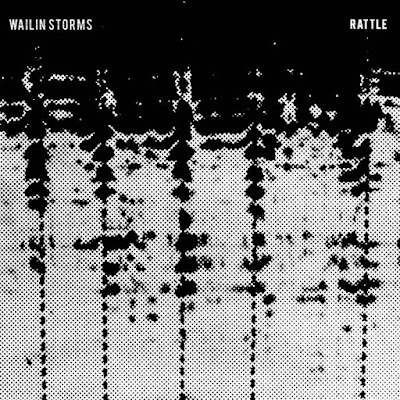 These guys have evolved their sound into something darker and more sonically intense. Granted it has been five years since I gave them a listen and they put out another album between then and now. The vocals have a little more power in them to create more of a Danzig howl. Though this album has more in common with Samhain than the Misfits. The second is a little more post -punk , but that the same chaotic edge to it. Not as surprising the second time around. There is more of a dynamic explosion on "Grass" which also packs a heavier and more metallic punch.  They channel the brooding of a coming storm on "Wish" . It drones on the throb and works off a soft to loud grunge like dynamic.

There is more of a rambling rock jangle set against the more driven drumming of  "Teeth". The vocals are a little catchier here.  The noisy sound they summon on this album is somewhat similar to A Place to Bury Strangers. They pack more of a punch on "Sun" but it works off the sound more than being as fine tuned of a song. The song that really jumps out from the pack due to how they lower the volume on the verse and do not go straight for your throat is the song "Crow" . I like where they started off with this album. It is a sound they more than milk for it's worth, but the album would go from be cool to greatness if they had more variance like this song. Some of it is due to the restraint the drummer uses here. This breathing room takes the rambuncous punk tone and dials it  back  to the darkside.

The pattering drum pattern from the previous song is still in play while they are letting loose the more Birthday Party explosiveness. They can not go to the well twice in this kind of succession for it to still be as effective. The melody that comes about mid way into the song is pretty cool and I would like to hear more of this kind of thing from these guys. I will give this album a 9, making it their best work to date. If you like your post punk with more of a drunken ramble to it then this album is for you.