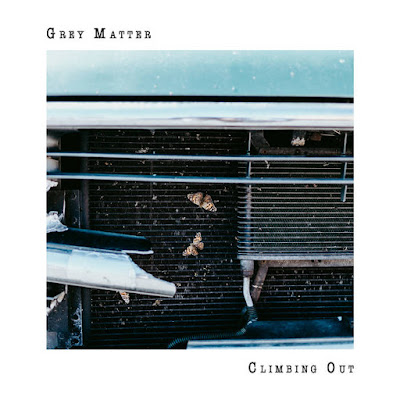 I do not like ska for one reason...it's too happy for me. I used to think it was the horns , but David Bowie plays sax. Morphine uses sax. It shows up in some of the more progressive metal I like, so that is not the problem in and off it's self. Then you might think it's the bouncy rhythm. But " the Passenger" by Iggy is an example how this can still work. Bauhaus , Gang of Four and the Police all touch on that as well. This is what this band is going again. When it goes more toward the jazz side of things I am going to be fine with it , but ska well..um. The longest song is three and a half minutes. They use some dissonance on the opening track.  It has a darker undertone to it and gave me some hope about this album. It could have been combined with the second song and served as more of an intro. I can still with the unhinged screamo like explosion blended with chaos on "Not My Friend". I am not totally into these guys whole "social justice warrior" slant.  There is almost more of a King Missile thing with spoken word vocals of " Climbing Out" . It is still in  safe zone for me as it has not gotten ska  I might not like it as much as the first two songs , but it's still pretty decent.

They lyrics to 'Consent' are apologetic for being a man. Which I think is fucking bull shit and turns me off on the whole song. They are solidly punk rock on " Dang" the brass is used like smooth 80s jazz til things speed up. They are solid musicians .It sounds like what happens when Millennials get into music from the 90s. The longest song "Can't Go Back' does a good job of blending legit jazz with kinda hard core. More on the screamo side , as it is not as aggressive as hard core. "Upswing" finds him trying harder to sing. Not the most effective thing that happens on this album and it's also when things begin to get too happy.  "Mas Fuerte" is in two parts but it might as well be one song. The first part they are bitching about cops which is punk enough. "Greet Debt" they are bitching about gentrification. Hitting all the notes of the things millennials get fussy about. As a song if I ignore the bitching , it's pretty solid.

I like when things get moodier on "Downswing", I would like to hear more introspective stuff like this from them .  Midway into the song they go into a funky groove. I wish they would focus more on the music and less on the social justice warrior thing. It ruins what would be an otherwise impressive band. "Panic" finds him trying to sing again. This attempt is not much better. He kinda raps on the last song, which is more of what we have already gotten from these guys, but they are good at it. I hate most of the lyrics , but musically these guys are solid enough for me to give it an 8.5, this take on ska is still enough for me to digest if I ignore what they are saying.