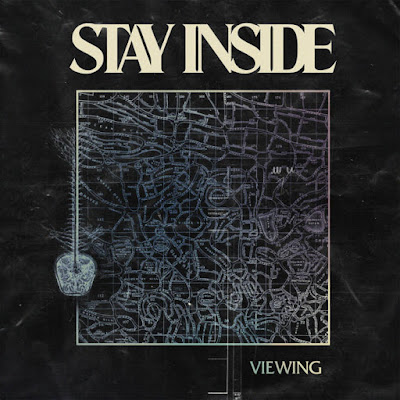 Emo became a dirty word during the days of Myspace. It was more fashion than function. Yeah I am looking at you Taking Back Sunday. It originally meant emotional hard core. Yeah, anger is an emotion, but bands like Rites of Spring opened the door for more introspection. This lead to bands like Sunny Day Real Estate. Then it evolved into screamo, which is now seeing a return to the more classic sound. This band go the memo. They have not forgotten about the genre's hard core roots, but are not beating you over the head with them. There is a lot going on here. These guys have the uncanny ability to weave hypnotic melodies together and jerk you around with angular math rock riffs. It's also dark and brooding. They are hitting all the notes I could want a band like this to touch on. They also nailed all the tones needed to create this. They have the sound and the songs. A rarity I know. Lyrically there is depth... I mean anything on the wish list is here.

Bands like Sunny Day, were not without catchy hooks , these guys packed those as well. The main vocal going into this a timidly sung males vocal. Then their female bass player joins in with her sugary vocals. The sung male vocal is more confident and smoother on the second song. The other guitarist brings the screaming. They have an explosives post hard core chaos in these moments. Chris the lead singer shows he can put some balls into his singing voice on this one as well. The multi textured colors of vocals plays into the strength of what this album is capable of. "Ivy" finds them keeping a similar balance of intensity that they did in the second song and it's not getting stale here. Byrn leads in with her vocals on "Monuments". The song has a great deal of drive with melodies weaving around them to create a balancing atmosphere. A more loud to soft dynamic is used on "Silt".  The bombastic dissonance bookends the melodic section, before it returns to soar out of the storm.

The atmosphere of "Divide" makes the song almost intangible if it was not for the drums. This makes it feel like more of an instrumental interlude than the other songs. When the vocals do come in it is closer to the end of the song. You can not say these guys are tied down to a formula when it comes to song writing. It's more like something the Gloria Record might do. They use more concrete hooks to anchor "Wake" . It is pretty much a flawless song. They are prefect more often than not. The stunning production quality of this album and it's cinematic mix helps it shine even more. "Veil has a more spastic feel to it's catharsis. This carries over into the more aggressive "Verdict" that also returns to their more melodic side. The last sound reminds me of Brand New, not a ballad but heading in that direction. I will give this on a 9.5  This album came out in April. I am glad I got to catch up on it. If your are into this kind of post -hard core I would implore you to do the same, so this is not the best album you did not here this year.