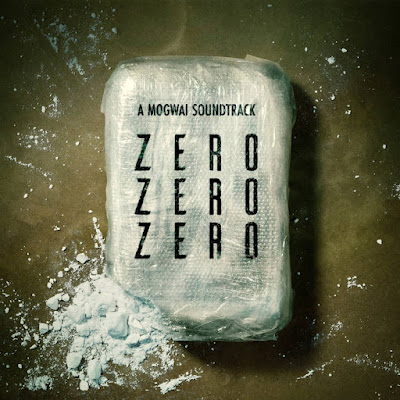 I bought "Come on Die Young" after reading they were Robert Smith' favorite band back in 1999.  I have followed their career and the many turns it has taken. They are in my opinion the best at this whole post-rock thing. The reason being they bring so many sounds to the table. The first few songs of this album feel like they are trying on sounds. as they are in the three minute mark so the slow build to dynamics they normally use is not there making them feel like interludes rather than fully formed songs. It also makes the album play like it would if this was classical music where it is written in movements. "Chicken Guns" is the first that expands upon this in the normal way these guys write songs. It has a slow throb with the distorted bass rumbling in the distance. So far they have not touched on anything that is heavy in the way they do heavy though this song is darker than the first three. It is however heavy on atmosphere so much so that it never fully coagulates.

There are hints they have been crossing over into Kraut Rock and "Nose Pints" certainly is another sign of that. There were also vintage synth sounds on the second song, this however sounds like something that should be on the soundtrack to the Dune remake. Well it is a sound track to a Netflix show about drugs which is what I figured out have way into the  21 songs that make up this  double album. It is a lot to digest, though easy to swallow due to the more ambient nature of what they are doing you get something closer to rock music on "Fears of Mind" that shows what they do the best. They follow this with a light piano piece that is not what I think of when it comes to this band. They do everything so tastefully it is hard to find fault, not is that something I seek out with these guys. I often want more of a "Rock Action" feel when it comes to this band, but have learned to embrace their evolution. The one thing I will continue to ask from this album is more drums.

They begin to honor this request ten songs in. Still not making actual rock music no matter how experimental. But I can live with this compromise. I can work with the more synth wave pulse of " Lesser Glasgow". "Frog Marching" works off of this, but I can't under stand why the drumming is all about jazz tapping and won't lay into this fucking drums .  "Major Treat" has the groove doing a little more "Rivers Wanted" sounds like it could be the intro to a Nine Inch Nails song. The more ghostly side of the atmospherics here I am certainly down with. Then the album takes a turn into almost country like David Lynch music. The guitar tone is so wonderful I do not care about the minimal drums here. The guitars are more minimal for :the Winter's Not Forever"

My argument could be they did not have to compromise intensity and could have pulled this off more along the lines of what Godspeedyoublackemperor did for "28 Days Later" . However they have already been heading in this direction. There are moments that are more song oriented , I now understand they were doing what they were paid to do, for a movie about what looks to be cocaine, I would think more tension is in order, though I think of these guys as a more heroin band. That might just be because that is what I used them as the soundtrack for. This does not quite hold up to their actual albums , but is better than most who do this kinda of thing. I will give it an 8.5