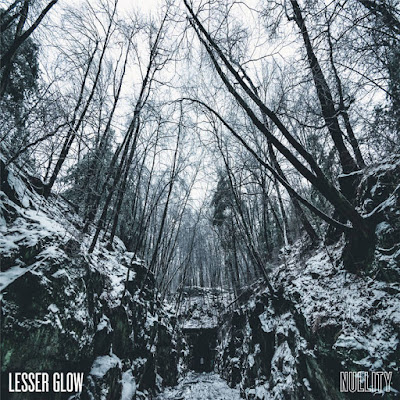 Being a band from Boston must be rough as you have to sort through all the Berklee kids who know all these time signatures , but not how to put them into a song that people want to listen. This is also the second band I have reviewed today that is from the Mastodon school of thought . The first was the new Barishi, which you would like if you like these guys though they are more death metal, where these guys are more sludge and employ bursts of clean singing .The clean singing doesn't click for me until the third song "Fostering this Nullity". It is also darker and more brooding which works. They are more concern with the math of it all on the first couple of song that run together.  the second song sound just like an extension of the first song which makes since in my mind as this is  the kind of band that would have 7 minute songs . To their credit they only have two of these , the title track being one of them.

"Alone In the Column" is an song that feels like the further progression of one before it. It is moody and in places makes me think of Dredg.  They get heavier on "Versterven". The haze of fuzzed out guitar is layered more like shoe gaze than metal. It's a better sound than it is a song. It is the band's more melodic vocals that seems to be the key for song writing clicking. Even when they get into something as ethereal as "I am the Island". It's dark with the guitar creating a drifting mist of chords. By the time we get to "the Great Filter" things have run together for me. I have to listen for the sun vocals to tell the songs apart. The gloomy vocals at the beginning give the song more character than the growled ones. There is a hint of Alice In Chains to the way the vocal melodies fall.

The last song kind of rumbles out with more of a sludge chug, but as a long is less defined than the ones on the first half of the album. I can appreciate the surreal shoe gaze like quality, but it begins to become uniform.  Over all I will give this album an 8 as I think they succeeded in what they set out to do and the vocals make them a little more interesting than your average band attempting this. This comes out May 29th on Pelagic Records.