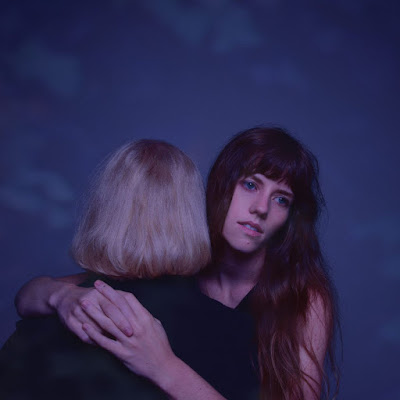 We can add Katie Von Schleicher to the listen of other ghostly female sirens. Unlike Marissa Nadler there is no country tinge. She is more rock than Hilary Woods, but not more rock than Chelsea Wolfe. Well more indie rock than Chelsea Wolfe. We get to hear some of her lower notes on the more up beat jangle of  'Wheel". Which is almost too happy for me. Why I do not listen to the Paste Magazine brand of indie rock. "Nowhere" finds her going back to the more hauntingly surreal sounds that appeal to me. Though still more the Shins than Cocteau Twins. She has a pleasing voice. She is not hte best new female singer I have heard this week, much less ever. There are touches to Beatles to the trippy corners of her songs. Things get to a more upbeat mood on the almost dancey "Caged Sleep" . Her lyrics are pretty decent , but not as emotionally raw as the other female singer song writers I mentioned earlier in this review.

There is more of an electronic feel to the more piano based "Messenger". It's a smoother 80s pop feel. She does have some Kate Bush influence to her that can be heard on "Loud". She does not come close to Bush's pipes , but embraces the odd sense of fey quirk. Some of her phrasing does emmulate Kate. Perhaps not as much as Tori Amos once attempted and she pulls from a different side of Kate, who is an artist much like David Bowie with so many sides artists pulls from certain colors they cast. There is more of a 50s pop crooning feel to "Strangest Thing" you hear where her aspirations aim for Kate Bush when she goes up into her head register. Then we are back to a more jangling rock feel on "Can You Help". The dreamy feel continues on with the marginally more introspective psyche of "Brutality" . Then it's baclk to more of a rock n roll thing on "Hammer". Her melodies do not go for the obvious hooks. Yet they are there . "Power" has kind of the 90s dream pop feel.

"Gross" is almost too dreamy in her musing of mushroom tea, as the song is almost not there due to the ambiance. Azure Ray would be a pretty decent comparison to the over all sound, I will give the album an 8. It is not on the level of the female song writers I mentioned at the beginning of the review as they are darker and have more depth, but she is certainly interesting for what she does.