Secrets of the Moon : " Black House" 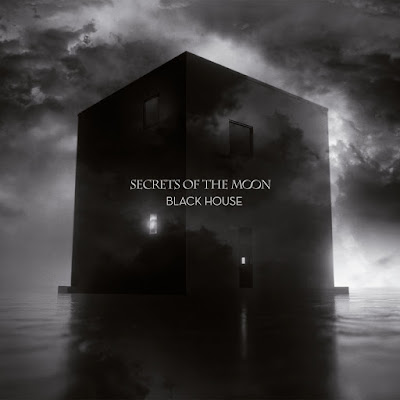 It have have been since 2012 that I gave these guys a listen. How things have changed. I am fine with them being a goth band I just hope they have not forsaken their metal side altogether. They have not had the German stiffness to their sound, though it would make more sense for them to go in an industrial direction than the more romantically layered guitars. By end of the first song the vocals do get more aggressive. It might be way more accessible , but I do like the vocals that lead into "Don't Look Now". The ghostly vocals layers in the background are cool. It is almost like these guys are a different band altogether. While I appreciate what they are doing, they might as well just changed their name. Jarboe joined them on these sessions , so that gets points in my book.

They are more straight up jangling rock in roll, with "Veronica's Room" . I obviously missed the album that bridged this transition, but I despite what most might think, I do not want every band to turn into a goth band. If you were metal, please do be dark, but be a metal band.  Guitar solos do not make you a metal band. They thrown some in like it should be a reminder of who they were. The hammer on like a metal player would though. Their bass player remembers they were a metal band, this can be felt on " He is Here". The vocals take on a more Mike Patton like bellow to them. "Cotard" leans more in a metal direction. There is a touch of 90s rock to the title track. This makes it harder than the more Mission UK feel of the previous songs, but not metal. It's still a well written song.

There was some debate on a site that I write for if saying a band's sound is maturing is wanting them to become more mainstream. I do not listen to the radio. Yes I do listen to pop music, but I seek that out without help from mainstream media, so I have no horse in the race. I have been listening to metal for 35 years . What might be called goth for 30. As long as the Cure doesn't try to make a metal album I am fine. I think we all learned our lesson when Morbid Angel tried to sound like KMFDM. I was never a huge fan of these guys. When it came to metal, they were pretty much middle of the road black metal to begin with so it is no great loss to the state of metal that these guys have crossed over into another genre. I am glad they give more of an edge to "Heart". I am ok without blast beats. Yet even this song could use a little more balls. By the time we got to the last song 'Earth Hour" it feels they had begun to run of of gas in the song writing tank. As the album progressed it retained the cool sound, but the songs had less to them. I will give this one an 8.5.