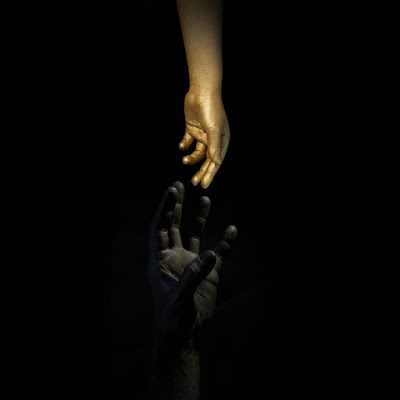 This album proves this band was  always more hard core than they were nu-metal, it was that tour with the Deftones that really put them on every ones map. The first song is aggressive as fuck, but the guitar sounds darker and more dissonant on the second song. In the last minute of the song it takes a turn that finds the atmosphere of the song getting sonically heavier. The production on the drums still has a late 90s kind of pop to the snare. "Kinney" finds the ban hammering harder with a dense pulsing. This is continued with an interesting shift in dynamics, despite the vocals staying the course on what in comparison is more of a one dimensional scream. There is a sense of atmosphere that lurks at the edge of the booming distortion. Perhaps it is just in the frequencies of the feedback.  "43" is more punishing. It's obvious these guys were ahead of their time as this stands up against the dark hardcore of today , but is not far removed from what these guys used to do in 1997. Mike Scheidt contributes guest vocals to "No Escape". The song takes a darker turn the last minute.

"Unit K" is yet another turn into something where they find away to hammer at you with building aggression, I guess this song is the closest glance back to the musical tone of 1997. There are moments of groove similar to those of the Deftones heavier moments, like the chug to "Ladwig no. 949". At times it is hard to not bang your head along which is always a good sign. That same balance of oppressive sonic atmosphere and chugged out groove permeates "Bootstraps". The dark hard core bands of today could learn a lot from these guys. Perhaps they already have an Will Haven has yet to get the credit they are due. Not that bands like Bloodlet were not already stomping out this kind of dark angry metal tinged hard core, this just seems more like a testament to their legacy.

There is almost a Starkweather like feel to "Now in Ashes".  They are not as relentless and give the song more room to breathe. Stephen Carpenter plays on the last song which has hints of his signature riffing. The band also has common ground with in the Deftones in the melodic dissonance of the guitars. Overall this is a fine return to form and I'll give this one a 9.