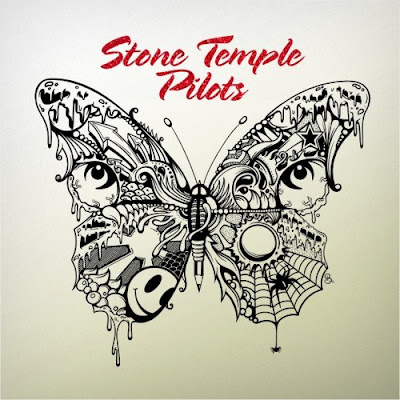 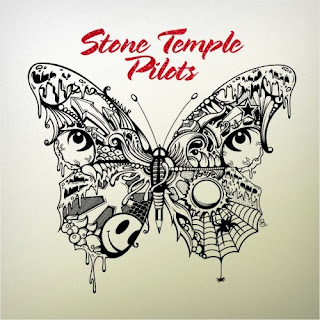 Well my first thought to find out Stone Temple Pilots  has a new singer from a "reality" singing competition was...uh oh. Jeff Gutt now holds the mic. He must have a death wish as both of the bands previous singers are dead. They are pretending the Chester years did not happen and trying to pick up where they left off with Scott. The results might not be as convincing as Alice In Chains comeback, but they were never as good as Alice In Chains to begin with. Gutt carries the torch best on "Meadow".  What is different is the fact the grunge trappings are long gone. Though they were heading in that direction with Scott. The first two songs were pretty much dialed in radio rock with touches of their former glory. Lyrically it's pretty bad. It's one thing to be able to sound like someone. Writing like them is another story.

I suppose the guitars sound like STP, it's hard to say as when you listen to this it is clear it's Scott who gave the band the personality as they are pretty middle of the road without him in the equation. "Just a Little Lie" is a good enough song. It leans toward bland with the few melodic touches keeping it fresh. The song that was clearly filler was "Six Eight". The ballads don't have the same melancholy and becomes a good argument for being on drugs. The first rock song that tries to rock is " Roll Me Under". It punchier than anything else on this album so far. The blues shuffle to "Never Enough" feels pretty color by numbers until the chorus.

They sound more like Incubus than themselves on 'the Art of Letting Go". This shows how Gutt's upper range is much different than Weiland's. There is a pretty decent guitar solo on this song, that drips with jazz. "Finest Hour" comes across as filler. "Good Shoes" a better sense of movement. Gutt is naturally more influenced by blues and soul than Weiland. Weiland's voice had more edge and personality due to the fact he was living harder so this album is lacking that sense of authenticity or the struggle that fuels creating from a place of addiction. The more ballad like "Red & Blues" is more going through the motions as it sits in a weird place heading toward country. I'll give this album a 7. It's not as bad as I thought it would be , but finds the band somewhat muted in this sense of transition.