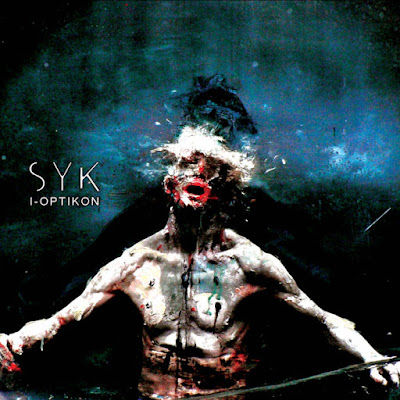 I needed to take a break from death metal and doom so I thought I would  check out this band that was in my in-box. This album flew totally under the radar as I heard nothing about this Italian band who released this album back in 2016 in Housecore Records. I guess since this is not normally their type of thing, they didn't know how to promote it. It is prog metal that owes much of their math injected riffs to Meshuggah. I guess that would make them djent, but since the vocals don't fall under the kind of Myspace metal I think of djent being, it would be hard to say they are just that. Aggressive female vocals that are more sung that screamed, or in the case of the title track that opens the album they are exclaimed in agonized anger. There is a lower frequency punch to "Sinomi" . It is even more angular than the opener. The chorus has a little more melody and hook to it.

While this formula works for the first two songs it feels a little busy on "Disintegrate". Like wise "Mud" never settles into enough of a groove for the vocals to safely land on. The one thing I like about this band is that they remind me of Karyn Crisis' old band ...Crisis.  By "Flesh Worms" the songs start running together for me. So I had to go back and give a second listen. They are great musicians, but the drummer could stand to find a groove here and there to make the angular parts have more impact. "Fong" is faster and more spastic. "Absense" might be the album's best song. "The White Sun" kinda becomes metal mush to my ears.

So despite my complaints about the jarring nature of some of the songs I think the over all listen is a lot of fun.So I think a 8 is pretty fair and takes into consideration that this is not normally my thing. I look forward to hearing more from this band, perhaps I'll catch them with Godflesh. If you are going to see Godflesh on one of their dates get there early to check them out. Since this album came out two years ago I would expect them to have a new one out soon.