Between the Buried and Me : "Automata " 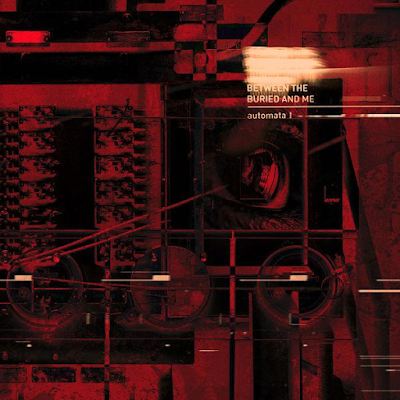 These guys are a band I have appreciated for a long time, but never really got into. I saw them open for Converge when they were touring for "the Silent Circus", so my introduction to them was a hard core band with some technical acrobatics rather than the progressive metal band they have become. The first song on this album finds them returning to more of their metallic side. The clean vocals that follow the growls are almost like Korn. "House Organ" is more groove oriented. The verses narrated by growled vocals and the sung vocals come in on the dreamy passage that would serve as the chorus. I can hear the influence of touring mate Devin Townsend. They return to  heavier more Opeth like chug on "Yellow Eyes".  The song weaves around varied vocal styles leaning in a more grunge direction as it dances around death metal. At the midway point int breaks down into a mellower groove. Here you can hear traces of their other touring mate Cynic in the odd harmony choices of the vocals.

"Millions" kind of feels like it floats out of the previous song, particularly if you are leaving the album on and letting it play. This would not be the case if it was on shuffle mode. I like the off time groove of the song. The sung vocals alternate between Johnathan Davis and Layne Staley. The album closes with the ten minute prog Odyssey "Blot". In the first three minutes they have gone through more changes than most bands cover in an entire album. There is the vocal trade between the harsh and sung vocals as well as long instrumental passages. This album is really well produced. It is almost too clean. It has to be to some extent since their is so much going on, but I think this also dulls the edge and the guitars might sound heavier with a less fine tuned approach to lend some organic flavor to it. Some of the clean vocal melodies sound both too refined and flowery, when they could be sung with more grit.

Technically these guys are on point. They are heavier than Dream Theater and the current state of Opeth, but not heavy enough to make me take notice. Their songs even at the most melodic moments just don't have the hooks to make me want to give it another spin. If you are a fan then round it up past the 7.5 that I feel is being generous to a band that still manages to feign a sense of adventure in order to dial it in and have a reason to go on tour.

Email ThisBlogThis!Share to TwitterShare to FacebookShare to Pinterest
Labels: "Automata ", 7.5, album review, Between the Buried and Me, progressive metal, sumerian records