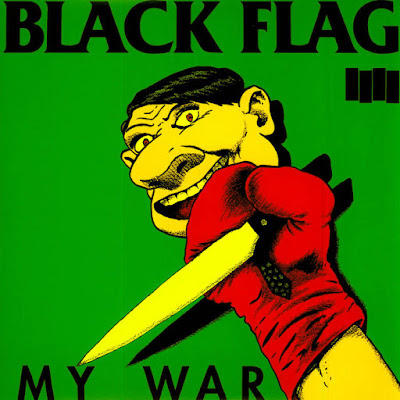 Cvlt Nation continues with their tribute series, where they take an album and have bands cover it front to back. You are probably thinking I am going to be biased because of my connection to these guys. I have reviewed this albums in the past, and leave my affiliation at my bed room door to give them an honest listen. Sean & Meghan would not want it any other way. We start off with a sludged out version of the title track by No Funeral . They hit some of the punches , but this pace takes all the punk out of it until the end. I haven't given this band much of a listen before which is why I like these tribute albums as I get a snap shot of what a band like this is capable of. My first impression of No Funeral is they are a more blown out and feral Eyehategod, maybe a little less swampy. Hellkeeper hits closer to home with their take on "Can't Decide". -(16)- does a passable job on " Beat My Head Against the Wall" . It more metallic and what I would expect for them. Bleach Birth tackles "I Love You " with great success. Though it's a song that would be hard to really fuck up as it's such straight forward punk, until the break midway into it. They also nailed this as well. They are always a band that I forget about so I need to keep more of an ear out for them as I have liked what I have heard from those guys.

The rest of the album consists of bands I am less familiar with. Fange offers an interesting industrial slant to "Forever Time" which is my favorite song so far into this. I think it shows who they are as a band and does the song justice though taking it into a much different neighborhood than the original. Now I am not going to be as emotionally invested in Black Flag as I am Black Sabbath, but I have owned this album and listened to it off and on over the past 28 years it has been in my consciousness. Kalloused comes close to have the same success with "the Swinging Man", but it is so over driven some of the songs finer points are a little lost in the translation. Then with Disrotted we are back to being drug through the murky waters in the bringing more density to "Nothing Left Inside".  They are paced like a doom, band but feel more like sludge as the emphasis seems to be on feedback rather than despair. This is the first song that I feel misses the mark and does so by consuming 21 minutes.

Devoidov does a really good job of "Three Nights". They capture the mood of the song and suceed at making it heavier without losing the song. Skincarver gets things back on a more sludged out road, which has been the path most of these bands have been on. So it is no coincidence that the album most shining moments came from bands that did not do this. Not to say all of the sludge versions were bad, some like this one buried the original song in the fuzz and dirge ridden dirt of what they do. I'll give this one an 8.5 , along with one of the Black Sabbath tributes Cvlt Nation did this is one of the strongest releases.