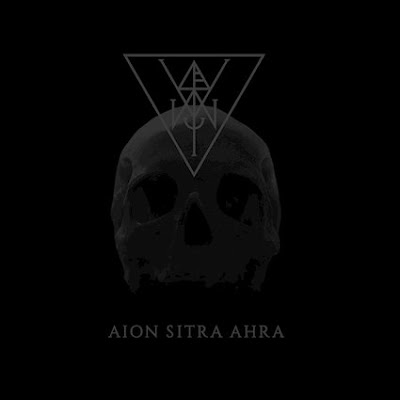 Since Mournful Congregation is coming out of mourning to play a lot of guitar solos the quest must begin to replace them. The first candidate is this German band, who seems some what since in their occult approach to this. Right from the 12 minute opener they are heavier than the new Mournful Congregation. The vocals have a lower death growl to them. The patter of double bass follow the ringing riff to "Ps. XII Maledictvm". There is a subtle dissonance embedded in the riffs. Ominous and melodic , I'm am not sure that I would call these guys funereal doom, but they are a very richly textured mix of death metal and doom.

The title track just kinda floats out of the other songs as this album begins to fade into the back ground. It sounds good, but perhaps it's just this song that sounds like it is beginning to drone a little even though the drummer is still earning his cut of the royalties. The spoken exclamations accent the gradual build.They like their chugs and double bass, which proves their death metal leanings. This does take them out of the drone and assures they are not dynamically flat. They sample some evangelist ranting about hell going into "est in fatis". As far as instrumentals go this is certainly one of the better methods of approaching it as the samples occupy the place the vocals would normally sit. I think this would work better opening the album than in the middle of it.

The album closes with "Current 218" which is six minutes wasted on not a song but white noise. I'll give this album a 7.5. They summon some powerful sounds , but like the rule around here "cool riffs alone do not a good song make" the same could be applied to these sounds woven together. That is not to say this is a bad album, there are many good ideas in play I would just like to hear them applied to song that make me want to listen to them again. If you are into death doom, then wawit for this one to come out May 4th on Iron Bonehead.