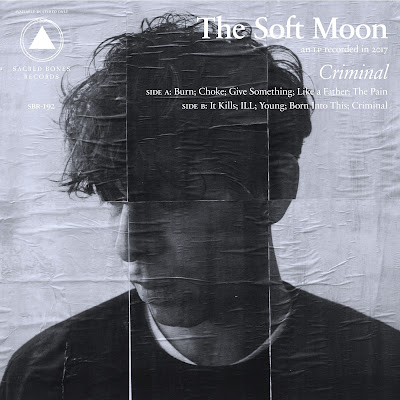 The 4th album from Luis Vasquez finds him taking this project into  a some what streamlined sound. It is not as dark and dense. The vocals continue to be just as brooding as they were on the previous album "Deeper". The first song sounds a little more organic like some of the sounds are looped guitar parts and an actual bass with strings might have been used. It sounds like early Nine Inch Nails though with less of a metallic aggression. Then it's decidedly less organic on the second song"Choke". The vocals float under more effects against the groove. The vocals come across as more chanted than sung. The sounds all work together , but it rides the beat rather than coming together as a song. While I can accept this early on in the album as it progresses I am not going to be content with grooves alone.

The vocals float into a higher falsetto on "Give Something" . The instrumentation under them is murky and distant. Like the first two songs it rides the pulse. There is a more driving dark wave like beat to "Like a Father". The vocals are more spoken behind a distorted filter. The song has a fuzzy coat of feed back around it. The chant of "Somethings got to give" keeps returning. "The Pain" sounds like more minimalist Stabbing Westward, until the more post-punk bass line falls into place. It is when Luis finds the balance of indie rock cool to make this seem vital, with the depth of 90s industrial that this really works best . Some of this rides heavily on the mix and how high certain synth lines are in this balance. He also needs to put a little more behind the vocals than the chants he uses on "It Kills".

"Ill" is a droning instrumental that is more of an interlude. The more throbbing dark wave direction of "Young" makes it one of the albums best songs. The momentum of this creative spark carries onto into "Born Into This" and it begins to make the first half of the album seem like filler. The album closes with the title track and it takes half of the song for it to really get wound into it. This album sounds great and expands on the over all scope, though song wise I do not think it's as good as "Deeper", so I am giving it a 8.5. Out on Sacred Bones.