A Perfect Circle : "Eat the Elephant" 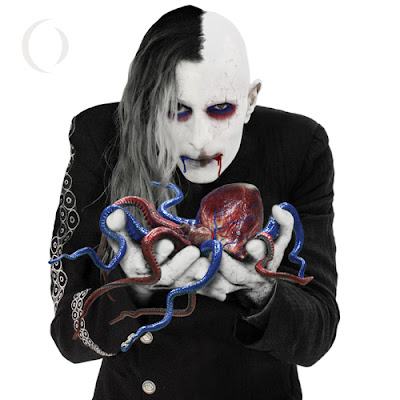 It opens with a piano ballad. Production wise it feels different like everything  is more compressed despite not using more rock styled instrumentation here. Maynard's vocals is what you would expect from him, though there are a few phrases where the using a more delicate almost androgynous head register. The guitar shows up for "Disillusioned". Lyrically its more of a social commentary, which splits the difference between Tool and what we have heard from this project in the past. The overall sound is more middle of the road like they are going for what was once called "adult contemporary"...think solo Phil Collins with none of the soul . Marginally more moody, Keenan's vocals are higher on "Contrarian". It has more in common with the Pet Shop Boys than Tool. There are some interesting guitar textures which is more than can be said of the first two songs.

They finally find the edge that has been lost for the first three songs on "the Doomed". The guitars get much more metallic. In fact its a more of a clear cut metal riff than we have heard from them before. It trades off with a tinkling synth riff. There is even tension in the guitar when the distortion pedal is not being so trod upon. "So Long and Thanks for All the Fish" is not the song from "Hitch Hikers Guide". It feels like post-90s David Bowie musically, with harmonized vocals. In fact they name drop both Major Tom and Willy Wonka in this state of the union. "Talktalk" is more of political statement about the "alt-rock" who they ask if they are going to talk like Jesus, to try walking like Jesus. The bloated glut of piano that I would be fine with on a Depeche Mode album continues on " By and Down By the River". Maynard's vocals take on more familiar melodies that will make long time fans a little more comfortable. Though if you have stood by this band over the years I don't think there is enough of a difference in the more middle of the road direction to shake you from their tree.

"Delicious" is more of a traditional rock format. It's also more traditional rock song writing which is odd for this band as it would sound more at home on an Hoobastank album. As if there was not enough ponderous piano on this album they have to include an interlude of more. I think my favorite song on here might be the weird electro groove of "Hourglass" that sounds more like a Puscifer song. "Feathers" is the kind of atmospheric rock power ballad that these guys tend to dish out owing equal parts to the Cure and David Bowie. The guitar tone is really dialed in here and maybe I just pushed my ear buds in further , but the bass on the past few songs in more present in the mix. "Get the Lead" out confirms the piano is here to stay. So lump them in with Tori Amos. There is a weird hip hop element that becomes an undercurrent to the song , but in more of a Massive Attack manner. The song cruises on it's atmosphere rather than building into anything substantial. I'll give this album an 8.5, which is better than most bands on the radio, but their first album and "13th Step" would both be 10s if you want some perspective on how it measures up.