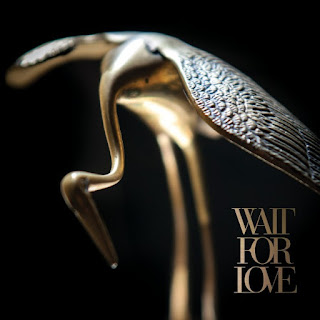 There fourth albums is another picture of this band's dramatic evolution. If you go back and listen to their first album it doesn't even seem like the same band. Gone is the explosive energy and the screamed vocals. While I  think of these guys as having come from the same emo-revival that bands like Touche Amore came from, I think they should have maintained 5% of that or changed their name , as it's weird to here such refined indie rock coming from these guys. They are capable of going at it with an almost Jawbreaker like drive on "Charisma". The vocals are plaintive, but well placed. The guitar don't told much in terms of distortion and works off of a dream like jangle more often than not. Sonically  "Bitter Red" is more in the neighborhood of "Transatlanticism" Death Cab, though not as focused. The first song that is not a total bullseye so far , as it doesn't seem clear where they were trying to go. There is more of a post rock feel to the guitars of "Dry Spells" with the atmosphere they create. Plenty of room for the vocals to muse in the sprawl.

The atmosphere continues to get thicker until they sound more like rain cloud blowing by on "Bay of Dreams".  If this was another band I think they would have drifted out into past the span of the average listener's capacity to listen. There is enough movement on "Forever Sound" to keep you engaged. The riff to "Bloody Sweet" is catchy enough to hold my attention. The drumming gets more aggressive in an attempt increase the urgency. The pace picks up slightly for "Manila". The vocals stay in the same sleep walk and mellow the mood despite the best efforts of the drummer. When these guys are more focused on melody than spacing out they are at the top of their game.

They continue down a pop tinged middle road with "Love on Repeat". It sounds good, the drums anchoring them from floating away to far into the cosmos. The way the melodies are formed on the last song remind me of bands like the Gloria Record who first started marrying emo to shoe gaze and post-rock. Lyrically "Blue" might be one of the albums strongest moments. Though the drums are barely there , which have been the driving force behind this album. Despite this band turning their backs on who they used to be which might irk old fans, they are good at what they are doing and I am not that invested in their older stuff so I'll give this one an 8.5.