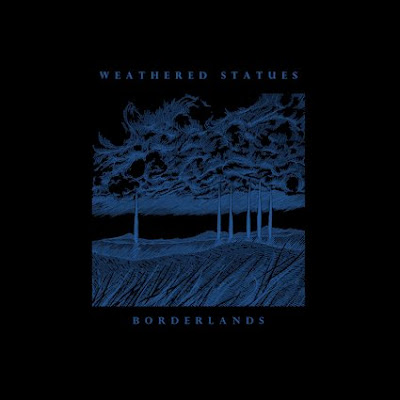 Svart Records is gradually getting more into goth and post-punk, which is fine by me. I haven't reviewed any in a while so I am taking a stab at this band from Denver, whats up with Colorado ? It must be the weed. Anyways members of Planesmistakenforstars and Woven Hand are in the band. It starts off making me think of Siouxsie due to the vocals, apparently Lol Tolhurst of the Cure remixed this song. The bass line stays at the forefront which is consistent for this sort of thing. The second song really doesn't go any where that different from where they started. By "Dark Tides" they begin to establish more of a uniform sound varying only by the syncopation of the bass lines. Drawing from the typical bat cave bag of tricks. "Heather" finds these elements shift in a more organic way that works better. There is a subtle aggression to the song's dynamics. The tension is more tangible.

They find a more Cure like guitar tone which works better . I prefer there more introspective and atmospheric moments. I prefer these from Siouxsie as well. The angrier bass tone to "Sabbat' is pretty awesome and the band sounds like they are beginning to find who they are here. It has that heavier sense of sonics like the Cure does when they are really bringing it home. Less impressive is "the Widow Sunday" that feels more like upbeat indie rock, thought after a few listens it began to grow on me when I focused on some of the layered guitar. "Ossuary"  had less of a post-punk feel and sounds more like new wave.

They close with the more driving  "Holy Masquerade" . The more aggressive touch is cool, though the vocals feel a little redundant at this point. It seems like we have already heard a performance too similar to this one already on the album. Overall despite the moments of Siouxsie Worship, there is not as much of this kind of post-punk coming out so I'm much more open to hearing it than when I was getting this kind of stuff in my in-box all day long. I'll give this album a 7.5 as these guys have potential and get some pretty cool guitar sounds. Svart Records is putting this out April 26th.