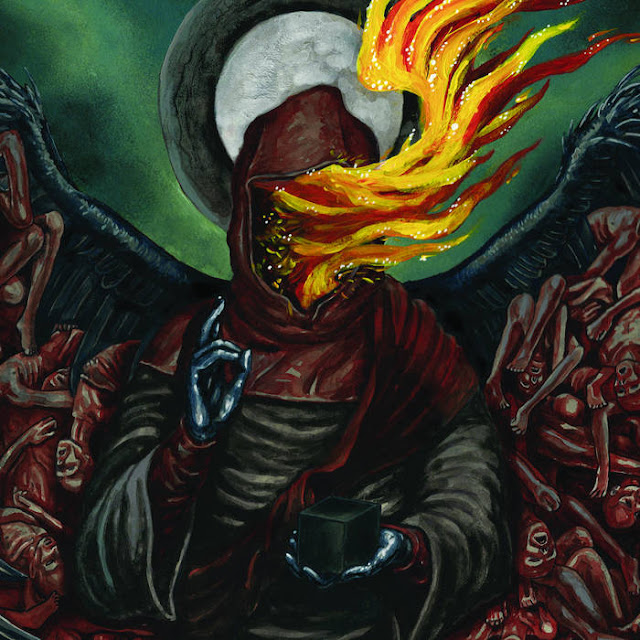 We have "Filth Pig" to thank for opening the cross roads where sludge and industrial music mix. Such is heard on from this sludge band out of Pennsylvania. They have a great deal of  potential is displayed on their newest album. Having added more live instrumentation to this release they follow the path made popular by Neurosis. The first three songs collide together and you don't really notice this until it is broken up by what sounds to be a sampled musing of a crack whore. I like the lyrical content that seemed to be about the dark side of urban life. Screams about hepatitis are rare on a metal album. It's not until this song "Blood Mother" that I really hear them breaking away from the "Through Sliver and Blood" influence and showing your their true face, which is delightfully ugly. Can they maintain this sense of identity? There is more a celebration of noise and ambiance on "Deathbed Conversion". It is very dark though not musical enough to be a song.

They do go into actual music on "Ruin". It has a more blackened feel. As the melody is somewhat sweeping on the verse and the vocals are more manic. A lower growl joins them on what could be considered the chorus. The singer from Starkweather shows up mid way into the song which is a welcomed surprise. The "song" after this is total noise. It is abrasive and unsettling which means it achieved it's goal but is more of an interlude than a song and not really my thing. They end the album with the apocalyptic crunch of the more doomed paced "Old Sins".  I like the effects on the vocals that are giving more of a Ministry sound. Though I would not call this industrial. It is more sludge. The song winds around to a more post-rock section where samples begin narrating more harrowing tales of loathing.

I'll round this up to an 8. While it is not an album I think I am going to get a ton of mileage out of , I greatly appreciate the mood these guys are going for. It is gritty and grounded in real world torment. If you are looking for a new sludge band, these guys have been around the block but just now fully stepping into themselves so check this out.