Shopping : "All or Nothing" 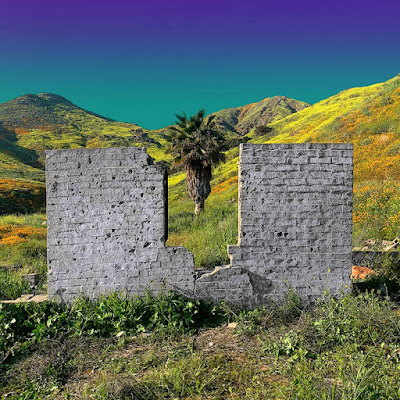 Yes , some punk is covered here. Perhaps not as much as metal, but more often than not punk finds it's best years behind it.Most is not dark enough these days. This band is more post-puink than not, I found them on the Bandcamp page for the band Dark Thoughts, who were pretty decent punk, but their album came out in December so time passed them by. This band is on Fatcat Records which has traditionally been a punk label. Their singer's voice is a plaintive alto. Where the lines seem to be drawn on the opening track is this is dancey to some extent, where punk should not be dancey. There is a Devo like quirk to what they do though the second song is more pumped with attitude than the opener. All the songs are in the three minute range , which shows they have a punk approach to song writing. They are far too taunt to be just be indie rock. If this was not a girl singing then perhaps there might be more of a Joy Division comparison.

The vocals get more interesting on " Follow Me". The dancey vibe crank up harder. The bass playing is the most impressive element three songs in.  A male vocal joins in on "No Apologies" . He trades off with her on the chorus. His voice sounds very British and his spoken style is not very aggressive at all. "For Your Pleasure"  is more of the same perhaps the syncopation is a little tighter. "About You" might stay in a similar place as far as the guitar goes, but the song as a whole stands out. "Lies" has an almost reggae groove, much in the same way the Police or Elvis Costello toy with it. A great deal of the songs begin to sound the same, there is some Fugazi influence that seems to seep through which is the strong point of " Expert Advice". The guitar wanders a little more than it should .

The twangy guitar of " Body Clock" gives it a more rock n roll. The drums hold a tight Police like groove. The title track works off a very similar bounce and due to the fact the songs begin to sound the same to me  so I will round this down to an 8. The fact they are from London, makes them seem more punk to me than they probaly are. It's a fun album and if you want playful quirk post -punk it's worth a listen .