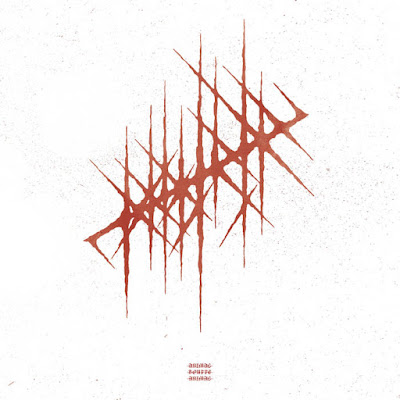 Throatruiner Records is really bringing it this year. The second solid release from them so far. They are going to be the label to watch it seems. Another point of note is that France seems to be having a resurgence. Perhaps this is amid all the social turmoil there anger is a breeding ground for black metal. I am excited for both of the these things. I think 2020 is going to be a good year for music , but a sucky year for life. Anyways to what matter music. These guys blend a raving feral attack that balances the blast beaten speed with deliberate moments of sonic glory. Last year my main complaint with bands was they had good sounds but little in the way of songs. These guys do not neglect song writing. The first song I found my self lulled into the common spell of most extreme metal acts and was bespelled by how intense and heavy it was so going into the second song my question was "Ok, you are heavy but can you write a song". My answer was th sounds I liked on the first song , but it was not until the third song that things were give n a clearer distinction , in fact I did not notice I was three songs deep until I looked up at my computer screen.

With black metal they do hit two of the key points. They are dark and they are atmospheric. Perhaps almost most too much in certain moments where things are drowned in a swathe of white noise. This is the case on the fourth 'song", which is more of an atmospheric interlude than an actual song that goes some where.  When I say they I am being deceptive as this is a one man project. Think a French version of Burzum perhaps. Early last decade this was a more common thing with black metal. Consider it a compliment for me to make this mistake as a organic sounds which sounds like it could have come from a band is what hits your ears here. There is not a weak point , but If I was going to pinpoint it I would say this guy is more of a drummer than he is a guitarist. The guitar sonic is vast and sonic , but he works more of the sound than anything intricate riff wise, opting for tremolo picked  soundscapes of sonic dissonance , when it comes to black metal that is what you want/

The title track closes the album and it starts off with the wall of white noise hanging from the sound of the guitars. It finds a deliberate slower groove that is beautiful as it is dark and heavy. The vocals are nasty snarls through out sometimes diving down into more deathly growls , here they are more tormented than ever.This along with the opener are the album two strongest songs.  I will give this one a , If Yous like black metlat that is sonically in  Your face check this out for sure.