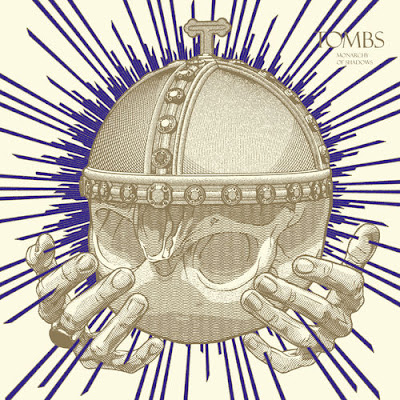 With an apocalyptic virus hopefully wiping out mankind with in the next few months, this album should provide a fitting soundtrack. These guys are neck and neck with Nachtmystium as my favorite  American black metal band. Pretty much everything you could want from these guys they hit you with in the first song. They have their balls out black metal blast, after a weird synth intro that went into a punishing riff. Hill even goes into the lower gothy voice when he is not snarling. The lyrics are discernible even in the blazing blasting. Going into the last minute and a half of the song there are a great deal more melodic moments. This dynamically puts the blast beats in better context. "Once Falls the Guillotine" is more straight forward and metallic than what I normally expect from these guys. It reminds me of 1349, who I have actually seen them play with so some influence must have rubbed off on that tour.

They rip into something with a similar velocity on "Necro Alchemy" . The bass and drums race along side one another very tightly on this song. In the songs final minutes when they drop into a more death metal riff that slows to something more deliberate in it's weighty chug the results are impressive. This is their fastest album yet. In part to the very manic drumming. They guitar on "Man Behind the Sun" is slower than what we got earlier , it's the drums under neath that keep racing. When they slow down into the punchier sections , it's sonically heavier. They bring a pano sound to add texture and shadow. There is a sludgey thrashing to the chugged riff of "the Dark Rift". Then it's back to blasting. It might be my head phones , but it seems like there is more mid range in this mix. This song displays a greater number of layers some of these are thanks to the synths , other are higher guitar harmonies.

This album is more in your face black metal. Speed replaces density more often than not , though they do dig in an d slow down for some really powerful moments. For right now I am going to give this one a 9 and see how it grows on me. I think more traditional fans of black metal will find this easier to sink there teeth into than perhaps their previous albums which might come across as to experimental or post-black metal for their liking. Fans of the band should also embrace this more metallic direction that places in band in the middle of the bed when it comes to black metal.
Posted by Wilcifer at 3:42 AM