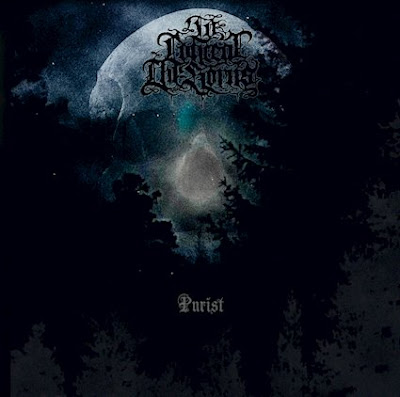 This project is better than expected. Even with the keyboards way up in the mix there is still a good balance of mean spirited spite spewing metal and atmosphere.The guitars are well layered and have an array of melodies to them. The rapid fire drumming is not just blast beats, it seems to have some thrash influence which is what you want for metal.  The vocals are somewhat the weak link typical for this kind of thing . They are more than just a scream used as texture s some of the lyrics cut through. Not the first sound I think of when I know a black metal band is from Finland. They are more polished than they are raw. The second song "Wanderer in Time " faces greater scrutiny as now I am listening for what else they can do .  The answer is uncertain. They change the keyboards and there are some lower death metal like growls thrown in, but it's nothing dynamically drastic from where they were in the first song, until midway in when they slow down for a more melodic section. The vocals stay at the same croak. Then they pick up where they left off with a flurry of blast beats.

Cool riffs alone might not a good song make , but "Rites of Purification' was better off when it started with the heavy chug. It goes into more of a gallop after this. The thrash feel is stronger on the verses. The song writing has certainly stepped up here. There is a weird break down at the six minute mark. "Musta Usva" is less inventive though the chilling guitar melody layered over it works really well and the vocals are more crazed . The more layers that are added the better, there is the sound of a distant chorus of voices that adds a needed dimension., The last song "Death Horizon" is pretty much straight forward blasting at first then they regain a semblance of composure and begin to add more layers of atmosphere, though this time they are less pronounced. This finds them descending into the more stereotypical black metal, which is a shame as they have so much potential and have demonstrated an ability to do more.

They are skilled at the more conventional form of black metal, but why limit yourself to that ?  They Referred to himself or allowed their label to refer to them as celestial and cosmic styles of black metal , which just seems to mean that they use keyboards. I will give this album an 8, as they are good at what they do and this album was a triumph in regards to what they set out to do. This duo cranks out a big sound that can easily fool you into thinking there is more of a full band dynamic going on. This is being released on "Purity Through Fire" March 1st.