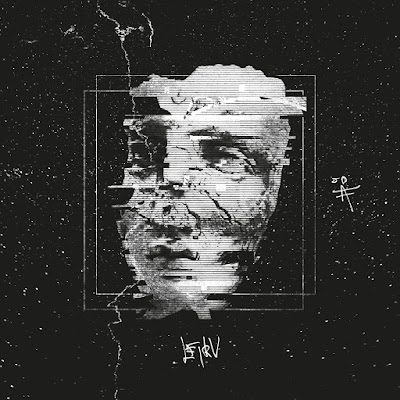 This band from Hungary throws  many of the black metal conventions out the window, then sews them back together with more  tangible roots in more classic metal. There are sung vocals on the first song rather than the more common place screams. The vocals are moaned in a baritone that makes this feel like a black metal version of the Screaming Trees.Blast beats arrive in the more conventional black metal manner on the title track that follows before smoothing into a more powerful chug. The vocals fall lowered in the mix. Sung but not as crooned . When the do come more to the forefront it's clearer they are being sung in their native tongue.  The riffing is much tighter than the opening track.After a few listens I began hearing how this album fits into black metal than the initial listens that found the more original elements fresher in my head.

There is more of a that classic metal feel to it , though rough around the edges with a more Dissection like chug, but otherwise the more familiar sounds are blended with the band's sonic vision. This Swedish vibe continues on into the next song as well, but is not overbearing as they are bringing different elements into the proceedings. Midway into things they begin to use blast beats in a more conventional manner. Toward the end of the fourth song the align themselves wit ha more Mayhem like side of black metal both  vocally and musically. The vocals take on a tormented croak. There is the more nuanced approach to song writing of classic metal rather than just droning you into an atmospheric lull.

The last song ends with more of an upbeat gallop. The verse riff is really biting , though the vocals still sing over it rather than the rougher croak. They sing more often than not, it is done in such a way that doesn't detract from the mission of no mercy.  The guitar solos can be haphazardly placed in a manner not unlike what Slayer does. It's like added chaos. I will round this one up to a 9 as I can leave it on and just let it play, which says a great deal about the song writing and the riffs these guys are peddling. Cool riffs does not a good song make, but these guys make songs with cool riffs .  The label has not released any single and does not want anything posted until March so check out the link below to get a taste of what they are about
Posted by Wilcifer at 4:07 PM