Black Metal History Month - Ritual Dictates : "Give in to Despair" 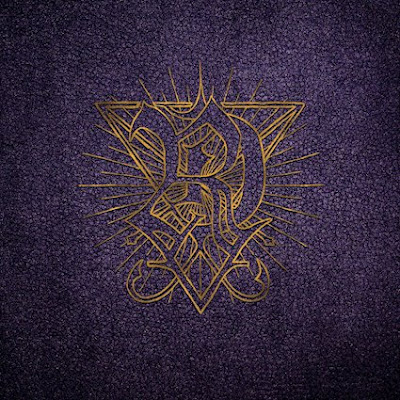 This is a new band featuring the former guitarist and drummer from 3 Inches of  Blood. There are several blackened styles this album traverses.Thrash and death metal were both two genres that heavily influenced black metal  so it is fitting these also weigh in on these songs.  Things start with a more Kvelertak strain of blackened metal then shift into something darker  as Shawn Hache from Auroch lends his voice to the opening song. Shane Clark from  3 Inches of Blood stops by to contribute clean guitar to the second song which finds itself in more of a Opeth place as it progresses. "Obsolete Instinct " is more of a death metal affair . It's also not as interesting as the first two songs. It's under two minutes long and it bears noting these guys to not waste your time with any wandering sprawls these songs are fairly compact.

"Last Phase of  Life' is more of a blackened thrash thing. The riffs are not overly fast giving them more allure of headbanging. The vocals however are more death metal so of the three genres these guys touch upon they are all fairly entangled into this chaos. The rule here is cool iffs alone do not a good songs make, these guys show how to turn cool riffs into good songs.  More blackness creeps into "Poisonous Proclamation " . This is one of the most interesting songs so far as after it breakdown into a bass line everything goes rock n roll. Danko Jones lends his voice to this one.  It comes back out of this with a more black metal feel. The bass can not only be heard in these song but at times is allowed to carry the song.  "Extinction" is pounding death metal with melodic vocals accenting it.

"Indivisible Mind" is an almost equal mix of black metal and death metal, though it lean a little more onto the death metal side. The album's third act finds the momentum taking the songs legs out from under them . It blazes through with some cool accents here and there, but works off aggression alone when they have show they are capable of bringing more to the table. The Death thrash of the closing song works but is not the best song. I will round this down to a 9 due to the album getting carried away by it's own speed, but it's still a really solid effort and better than most of the blackened stuff coming out while staying true to what these guys did in the past.