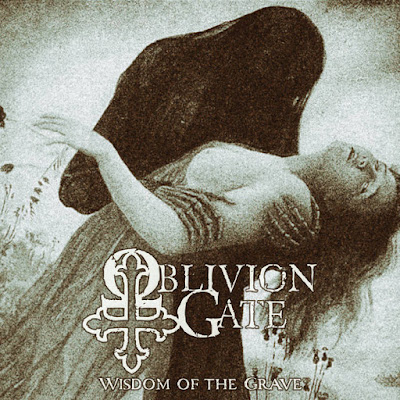 How could I not be the first in line for a project that combines black metal, doom and dark wave. My three favorite genres! The first album from this project though Matron Thorn has a black metal history with  Benighted in Sodom and Aevangelist. Like those projects there is a great deal of murky darkness. I can also hear ample amounts of shoe gaze as the guitar has the boozy wobble of a band like My Bloody Valentine.The vocals are sung in a baritone croon. I guess the black metal comes from how dark and sonic this is with atmosphere that is hypnotic and abrasive at the same time . The drumming is slow and deliberate thus bringing more doom to the table. All these sounds are pleasing to my hears, they are thrown together with a great deal of chaos in motion so the song writing is not the kin that begs for multiple listens.

On paper those genre's might lead you to think this is going to sound like Atriarch. It sounds nothing like that because the guitar is more trippy and less dense. The weirdness captured here must be listened to with head phones , unless you are getting high and playing it really fucking loud. The vocals seem like they are focused and if given more of a goth backdrop would fit smoothly. Instead what they are given is a bizarre nightmare. Playing Type o Negative backwards while smoking opium might sound similar. Two songs in and i can hear how this is going to lose me without some tightening of the song writing.  Steady bursts of double bass create the pulse to " Give Me the Gun" which pretty much invokes the same vibe as the two previous songs.   "A Strange Thing to Say" is the first dynamic shift going into the song, then the warbling guitar brings it to where the other songs went.

It's like he took a doom metal song and deconstructed it on "Lesser Key of Solomon" . There is more drone than there has been on the previous songs. The last song drones even more .I will round this down to a 7.5, which is kind of a blow when you consider the elements of sound creating this . I would be the right audience if there was more song structure, but if you are a fan of Thorn's other projects then you know that is not always his thing.