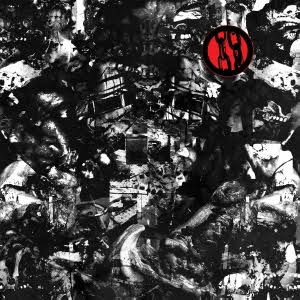 Their 2014 album was much more black metal. While they are blackened death metal now , the death metal parts  little overbearing so if you do not have a tolerance for death metal I will go ahead and just stop you hear. Not as nasty of an album as their debut. This album is another debut of sorts for 20 Buck Spin. The title track opens the album . The feed back this time around it swirls with effects. They are more polished in the studio, yet still mena spirited in their chaotic attack. The vocals are a low growl which tips the scales towards death metal. They are more aggressive than atmospheric which is another death metal quality. They do not shun blast beats and are still plenty dark.

I think fans of death metal who are looking for a marginal entry point into black metal will like these guys since they are possessed by a one dimensional aggression making them in your face and not engaging in the kind of atmosphere that normally gives black metal it's emotional depth. The second song is pretty mean and filthy death metal, making it good, but not good black metal. As a song, it's goal is to crush you rather than draw you in with something worth listening to time and time again like say the first Morbid Angel album. I have said this before and it bears repeating once more for the people in the back, that I often find myself stunned into being impressed by the sheer heaviness of a band so it's not until the second song that I recover and ask, "But can you write a song?"

This question is still not answered when they plow into "Worm" The guitar is a little more blackened here. With black metal an evil sounding dissonance always helps to set the mood, where these guys are very dense and jagged. Two minutes into "Worm" and I am looking to see how much longer I have left as this is beginning to bore me. I guess in 2014 I was also more impressed with heaviness alone. Midway into the song their is a tinge of atmosphere as things break into a more spacious gloom, but stick to the caverns they rumble in. There is more noise framing the savage "Bestial Magnetism" which is about as fitting of a title as you could ask to describe what goes in in this song. The last song "Rite of Binding" does have a more sinister black metal feel to it. Due to the one dimensional nature of this , I am rounding it down do a 8, the 2014 album got an  8.5 , so put that in your pipe and smoke it. Comes out March  13th on 20 Buck Spin.