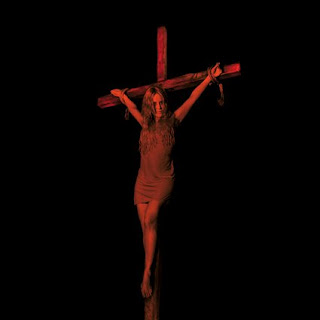 I really love how they open their new album as it has a dark groove to it and seems to combine all the elements of what they do well. There is more of a Sabbath vibe to the second song and Johanna's exclamations of  "All right now ! " point things in a very Ozzy direction . Granted she normally gives them more of a Coven slant. The production has a very live feel, it is mastered in a way that makes everything very loud and in your face, which gives the over all sound more balls than before. 'Crucifix" has more of a Blue Oyster Cult feel. Which I will take everyday if it means they are not just settling on being Black Sabbath worshippers. I love Sabbath, but I already own all their albums. This month we have been fortunate enough for albums to drop by great bands like Monolord and Witnesses who prove there is more to the genre than being a Sabbath cover band. I know these guys are pretty worthy in their own right so I have faith we will hear more of their own identity like we did in the first song as this one progresses.

I am into how much darker this album is and want to hear them pour more of that on. The proto metal classic keep coming as I hear plenty of Priest in "Bring Me His Head".  "Mausoleum" is the first song that is middle of the road and kind hits the 70s hard rock spots without a hook to draw me in, thus feeling more like filler. Though I hear that Kiss influence in the drums. The first chug that leans this more in a metal direction comes with "Cold as a Tombstone". I can begin to hear the Heart comparisons, though her upper range is no where on the Ann Wilson scale. I am impressed at how she continues to improve as a singer. When it comes to song writing the more Mississippi Queen style stomp of "Lousie 'doesn't do as much for as what they tapped into earlier on the album. "Nightmare" has thunder and piano at the onset, but devolves into your average 70s based hard rock once you get to the chorus, though I liked where they were heading on that first verse.

Things improve on "Orion". There is a depth of emotion put in the vocal melody that really works for the song. By improve it is not that they were that bad even when it felt more like filler, they were just not felt like this where they playing feels more inspired all the way around. "Phobos" is basic 70s proto metal riffs coming at you with her soulful vocals as the glue, but half the feeling we got on the previous song. I will round this up to a 9  since maybe some of these songs just need to grow on me, and it is an improvement for the band overall so fans should rejoice.