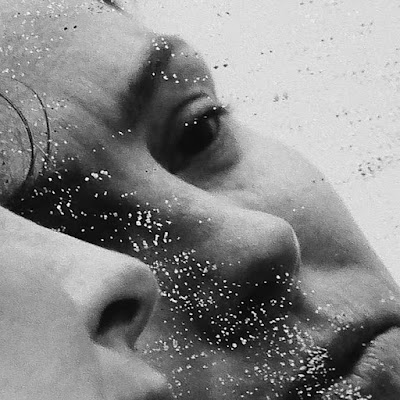 Stripping things down to a piano was not what I expected going into this, but after what she has done with Thou recently I can see where this side would need to come out. It was back on "Salome" that I first really noticed her Tori Amos influence. Her piano playing is pretty much just basic chords so nothing like Tori, which helps keeps her from sounding too much like her.  She has come into her own more, and "Marked For Death" will always be a favorite album of mine. It is when she picks up a guitar for "Blooms of Oblivion" that things fall into place.  This is a song where she is talking about being around and addict and all the lies that come with that lifestyle. "Body" is more like Tori Amos in the free form almost jazz like meandering the piano parts branch out into. It is marginally darker than the previous song, which was more focused in both it's melody and subject matter.

"The Company' finds the album entering a more fragile folk phase. Her voice is very forward in the mix, with instrumentation subdued in the mix to create a minimalist effect. This continues with the more sedate folk of  "Razors Edge" which is an improvement considering the guitar comes up in the mix, and while a very introspective song, it holds more form and function , as it is much more flesh out in terms of the space the vocals occupy, This more folk guitar direction shows the songs continuing to improve with "Citadel' taking another step in the direction of her stronger songwriting suits. Melodies even more defined to compliment her soul searching lyrics.

'In My Afterlife" closes the album by splitting the difference in using more minimal piano accompaniment, but a simple chord progression , though the vocals have a more defined path for themselves. This kind of follows down a similar path set down by  Tori Amos'  other influence, you know the one that is not Kate Bush... Joni Mitchell.  Mitchell used to use more free form almost wandering melodies that allowed the lyrics to sit in jazzy phrasing. I do not think any of this is intentional on Rundle's part it is more like it just seeped from her subconscious. I think the virtue of this album is the strong songs compensate for her more experimental folk turns , I will give this one an 8.5, so while it might not be her best work, it is still better than what the bulk of other artists are doing