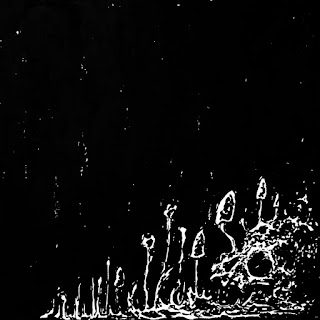 Fairly morose doomish grunge tinged metal, not unlike Crowbar in many ways. Unsure about the vocals . I like what they were trying to do , but sounded a little pitchy in places and in 2021 this should never be an issue in the studio when you are making music for public consumption. When the guitars give things room to breath and set a creepy tone on the second song , I am into it. The moan of the vocals works a little better here if I do not pay topo much attention to them. This guys range is fairly limited limited. He belts everything out in a vibrato heavy chest register, like a less graceful version of Candlemass. His melodies do not have a great deal of hook to them and are just kind of a texture at this point. They could sit further back in the mix and be a little less distracting. The vocals do improve on the moodier" Ominous Gardens". But when he reaches above a certain point there is noticed strain..

For all the pause the vocals give me they are often balanced out by great guitar playing. "Water ways" wins me over a little more with the despondent sounds. The vocals work better though could still still further into the mix. They are not as effective on "Leap of Faith" which has a more muddy sludge like feel. The music is rough around the edges and the vocals do not fit as well over it. "Deeper Grounds" locks into more of a lumbering doom sound. It is the album's heaviest moment so far. Thee vocals play a lesser role here and sit back where they should have been this entire album.  The lower baritone of "Fungal Realm" is where he needed to be singing this whole time as well.

The last song finds me getting more used to the pitchy vocals are the tone is more supported , not sure which but it is flowing better. Things are equally dismal which I can appreciate, I would not say this is a catchy song that draws you in but I will say they are doing a much better job at what they do here. I appreciate the sound they are going for , but at times for me the vocals were a bit of a distraction that can be enough of a sticking point for me and one the things I am the most picky about  so I round this down to an 8 , which equates t o 80 percent of the album being worthwhile. more than most bands can say.