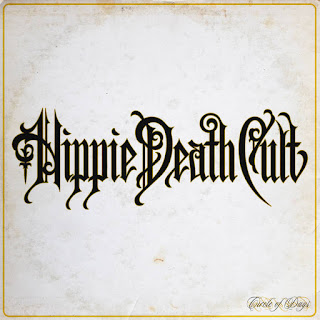 Their 2019 album was awesome, so I will settle for an EP if that is all I can get. There is more of a Sabbath vibe to the groove here. It swings a little more than Bill Ward's playing normally did. The vocals are belted with a soulful blues bravado. I like when his voice relaxes into a dreamier register. I like the subtle key boards in the back ground adding ambiance. They have a jammy feel, but are always moving the song. The great solos are great and full of feeling if you are into that sort of thing.  'Hornet Party" is more aggressive in it's attack like a metal version of Clutch. The vocals bellow and they coast along until drifting back out into a haze of pot smoke. This song is incredibly dynamic , and gives the vocals room to employ varied colors .

There is a darker moodier more introspective tone to "Walk Within" .  I am not sure I would call this a ballad. It is one of the bands more melodic and experimental moments. Almost three minutes into the song before the vocals are used for more than texture. There is some tasteful guitar work. It seem to have more in common with 90s era stoner rock that split the difference with grunge. In some ways similar could be said about the title track though it has a more brooding almost Tool like groove to it. There is an odd timed bridge that the vocals dance around. Everything fits perfect though it is not what I would expect from these guys .  Not so say various incarnations of stoner metal do not flirt with progressive nuances.

They kind of pick up where the progressive tendencies left off  and simmer on them with "Eye in the Skye'. It broods with atmospheric musing until midway into the song when things take a shift in a metal direction. The riff is pretty killer and the whole turn of the song has a great head banging groove to it.  I will round this up to a 10. In some ways it shares sonic space with the new Mastodon album, but there is more bong loaded jamming with this one.