November is Doom- Witnesses : "the Collapse" 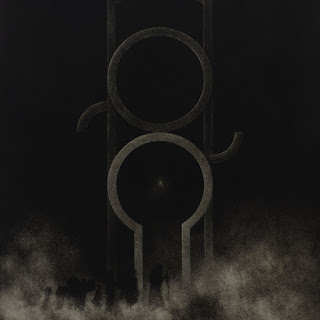 They bravely follow up to "Doom II " which was such a perfect album, In my mind going into this album , I was skeptical going into this album . For in my head this bar they set for themselves  almost impossible for them to reach yet again a year later. They did not make the same album twice. Instead they approached this more another angle. One that it took several listens of this album for me to shed the nostalgia already acquired in a years time for the previous album. It opens with an ambient instrumental before the story seems to continue on the first song.

With this and the new Glassing album, my approach to reviewing albums seems to be changing. My first impression was this was not as  desolate and dark in the way it occupies sonic space as their previous album. But after a couple days of playtime , it is clear the guitar melodies are as equally haunting. I think in doing so for this album they have allowed the vocals to convey a similar emoting with more subtle flow as the take on a rawer edge. His voice often being allowed to crack into more throaty howl. The back drop they sit upon having a more driven churn to the background they set for the vocals. This is fitting as the lyrics are not as doomed by the unknown, but feel more angry with the situation.  That lingering in the unknown feeling from "Doom II "  begins to unfold on the second song.  Produced more like a metal album than before. I do not want this to be a remake of "Doom II", and they did not deliver that but something that stands on it's own.

"Repose" has the linger of funeral doom. The guitar is more organic and in your face. These songs would be easier to transition into a live setting.  The melodies do not have the same sense of pop hooks, but really with the way the guitars are attacking in an often denser way there would not be a place for that. They break things up with a piano interlude. I am referring to this project as a they as it feels more organic and like a band , despite Greg Schwan being the primary master mind behind this project. If you are just a fan of doom metal and not familiar with these guys then listen to "They Giveth and Taketh Away" before ingesting this album as a whole first as they deliver what you are looking for in a massive way here. Perhaps the album's most dynamic song it draws back to reflect on more nuanced melodies when the crunch simmers. It is also a surprise how much grit the vocals gain during this song, when the songs gains a dramatic shift of dynamics. .

They delve darker taking a turn toward funeral doom on the last song.  This gives the vocals plenty of move to emote. The fact they wrote a funeral doom song that is under six minutes long, should serve as a lesson to most bands in the genre.  A common heavy metal trope is for bands to  tell you there next album is going to be heavier to the point that it has become a common metal trope in interviews . This time it just happened. I will round this one up to a 10 and give it many more listens to see how it grows on me, as we enter the season of darker days this will be a wonderful  soundtrack for that. It is yet another album from this project that I can just leave on and let play all day.