November is Doom- Monolord - "Your Time to Shine" 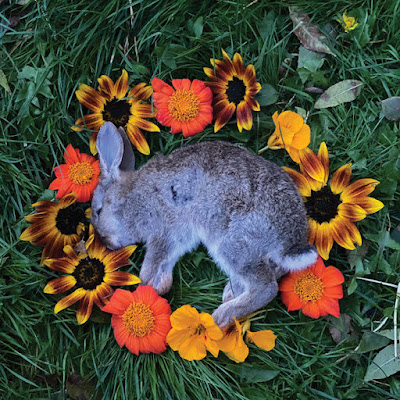 This Swedish band is back and heavier than they have been in some time. This is their 5th album and it recalls the more classic Sabbath influenced groove of their first rather than following the trajectory they established on their 2019 album which had more of a blues touched stoner rock feel. This is almost like their second album never happened. That is not to say they are devoid of all of the more rock n roll influence, as that can be heard on the second song where the chords as allowed to ramble out from the smoky mountains . While the guitar tones are dialed in and they are making the most of a sound , they have taken even more time to polish these often dirge like rumbling riffs into pieces the vocals can find their way upon.

The riffs show case how powerfully pummeling they can be while still retaining hooky swagger. "I'll Be Damned" allow the crunch to simmer before the chug of fuzzed out guitar pave the way for Ozzy little vocals to coast . These guys are quite the power trio as this makes for a hug sound when they are locked into a groove. Where the new Witnesses album I just reviewed was a sprawling densely heavy album whose dynamics required time to fully digest these are more straight forward and hit you off the bat. Less ambitious and more economic, they can turn a riff around and grind it with machine like precision. They can jam things out , but do so in a much less sprawling fashion than many dooms bands keeping the songs some what compact rather than allowing anything to drone on. The last two songs are the only that break the eight minute mark.

The title track finds the bands occupying a similar sonic space as Pallbearer in their brand more atmospheric melodic doom that soars and shines within the melancholy. Their maturation as song writers is most noted here as this is the best song of the albums if you are measuring them in terms of melodies. Though not the heaviest song, nor does it need to be as they have already proved themselves in that regard. One the last song the drummer proves he can pick up the pace as needed, though the dramatic dynamics allow the more room to roam. The big riffs kinda bulldoze my attention span by the end of the last song, but I am sure I just need to give it a couple more listens as the rest of the album is pretty flawless , so I will round this up to a 10.