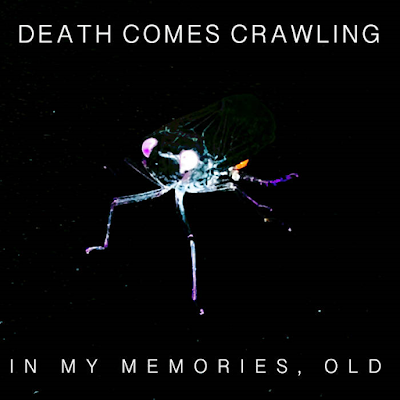 The focus of my reviews is largely looking forward to where music is going and reviewing the artists most current material. From time to time I do my "Looking Back in Anger" column where I will see how supposed classics hold up over time. This ep is the projects latest release, but it is a reflection on where they have been rather than where they are going  Dis Pater of Midnight Odyssey helms this "band" whose 2017 album is more synth pop, like a darker version of the Pet Shop Boys. These songs pre dated the 2017 album by 2 years and are just now being released. This is more organic and closer to post- punk than any kind of wave. Musically it's far superior to their current direction. The vocals are lower and more stark. The guitars are very sonic and more like Love & Rockets.

The second song has more drive where the opener is more atmospheric and spacious. They not only have a cool sound , but these are good songs. There are plenty of synths in play. The first song being closer to what they are currently doing. Clan of Xymox is a fair refence point to their sonic zip code.
The guitar takes on more of a strum for "These Thoughts Today". It's kind of a long intro for what they are doing. The vocals are interesting when they come in. Kinda  of creepy like Peter Murphy in his higher mid range. This is the most straight forward song. It's also not as dark as the first two. This where it seems the album takes a turn in another direction, while the guitar is less strummed this song has a similar feel as the previous one. I think I like the vocal melody to this one better.

"Don't Be So Brave" is more piano driven. It is also darker than the previous two songs. There is more sonic depth to the chord progression that rings out. The vocal are not as prominent until the chorus. The melody reminds me of something Interpol might do. The verses are a little more gothy. I would not guess this came out of Australia it certainly feels more British.  I will round this down to a 9 as the third and fourth song kinda run together sonically.. But aside from that this is a great album even if it is not a perfect one as those are few and far between. I hope this project returns to a sound closer to what is going on here.