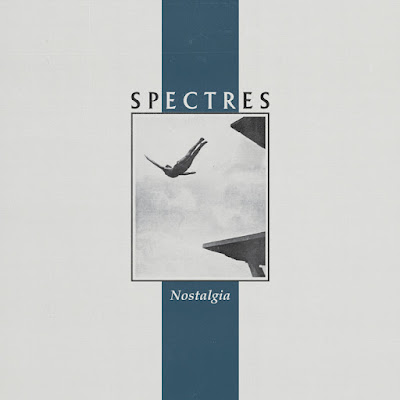 I love "Nothing to Nowhere" . That is the album I am measuring everything else the put out against . The opening track tells me this is more new wave and not as dark as that one. I am fine with bands maturing. The vocals are improved so lets give this a shot and see how the songs hold up. The guitar tone is better. The reverb on them carries more atmosphere. The vocals are sung higher on the second song, which is more atmospheric than the first. I think this idea is better executed on the more Cure like "When Possessed Pray" . Judging by the sound not the title of the song that must be a pretty happy moment. The vocals work better with the guitars to create a sound not unlike the early alternative rock of the 80s. The bass helps keep it all together where the drums are a little to mid rangey in the mix. I do think I like how these elements all fit together better than what they did on "Utopia". There is more of a punk influence on "Pictures From Occupied Europe". The vocal are more aggressive, at least for what these guys are doing.

A more pop cross over sound on "Years of Lead". This song and many others on this album are more middle of the road. I would not call them post punk as they rarely tap into that tension and have more in common with a band like the Drums. Perhaps not as upbeat as those guys , but sonically heading in their direction. Indie rock that could have come from the 80s. The synths keep it more new wave than going in the Smiths zip code. They stay firmly in this middle of the road place with dreamy detached melodies that keep them from becoming pop. New Order would be a fair comparison at many points in this album. Not as dancey as New Order though. Even when the darker punk elements come in on "Insurgence" there is nothing here that could really be referred to death rock like their first album. In fact the punk is almost more Clash like in places. If it seems like I am referencing a lot of other bands , it's because there is nothing original here, it is relying on familiar sounds and feelings.

By the time I get to "the Call" the album had begun to fade into background music. It's not a bad song , but it's not their most memorable. There are not bad songs on this album, but nothing making me to rush to get this onto my iPod either. "Along the Waterfront" is catchier and more Cure like in it's intentions despite the more adventurous bass line that might owe more to the Smiths. So on the plus side this album did make me reference two of my favorite bands. I will round this down to an 8.5, which still makes this a great album it just plays it too safe and is happier than I would prefer. Out on Artoffact Records .