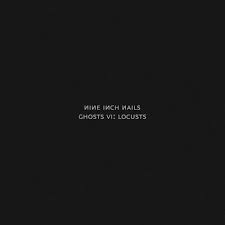 This is the darker of the two free albums Trent Reznor released today as a reprieve for those on virus lockdown. I am going to review both , but of course I am going to be fastest to listen to the album Reznor says is the less than hopeful one. The first song is more of a droning atmospheric piece with a repetitive piano part that haunts you .Atticus Ross' partnership continues. Thus there is a more cinematic quality to the music. "Around Every Corner" has more in common with Miles Davis than industrial music. There is some atmospheric dissonance around the edges of this one to give it a more unsettling feel. Is this as dark as say 'the Downward Spiral"?  No and perhaps this is a result of Reznor's sobriety. I get why this was free since " the Worriment Waltz" would sound like something I would improvise just fucking around on the piano if it was not for the trumpet.

There is a beat on "Run Like Hell". No it is not a Pink Floyd cover. Yes, it is still closer to jazz , just a more tribal version of it. There is a more challenging tone to the chiming of " When it Happens" . It's like Avant Garde classical music that some one like John Adams might compose. There are some noisy interludes on this album that I am not counting in this review. I do not care what kind of music you are making as long as you are writing actual songs. This goes for Trent Reznor too. There are some ditties that are not noise , but not quite songs. Just sonic ideas that never go anywhere, I am not counting those either. "Trust Fades" could be the instrumental version of a more ballad like Nine Inch Nails song. "Your New Normal" is more of a song, though it is very ambient. Though that could be said about most of the songs on this album. Sometimes this is done more minimally than others.  'Turn Off Please" has sounds that would work in an actual Nine Inch Nails song. More tribal like drumming returns to this one to create some storm brooding tension.

I was talking to a friend about this album and told them it would be good music to paint to on a rainy day. That however is not why I listen to Nine Inch Nails. Even the more jazz leanings are not a wild departure from sounds they have used in the past. This however is more experimentation with ideas rather than committing  them to songs. For that reason I will round this one down to an 8.