the Weeknd ; " After Hours" 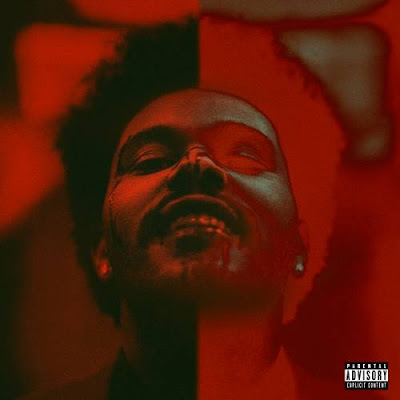 The opening track is so atmosphere heavy it's almost there. This album does dip much deeper into electronic sounds. The second song goes beyond making cools sounds into actual song writing. His voice is buried in effects this time around. I am fine with this as long his songwriting skills are kept as finely tuned as previous released. Some of the effects are shed on "Hardest to Love".  It might have to grow on me, but the vocal melodies do not grab you like those on "Starboy" or the albums that came before it. I do like the chorus doesn't conform to what you might expect from pop r&b. My other first impression of this album is it is not as dark or melancholy as his previous efforts. Even on a break up song like "Scared to Live"  he is more in Seal territory and not really breaking the kind of new ground he is known for.  He is singing the words and hitting the notes , but I do not hear him feeling it like he used to.

I am also wagering he has toned down his drug use. It does come in the lyrics like on "Snowchild" which is the first song that captures the feel he tapped into on his other albums. It touches on places he has been before on "Beauty Behind the Madness" without sounding like he is retreading, which is what I want from him. "Escape From LA" is not as strong of a song, but it feels a lot closer to what I want from him than how this album started . As far as beats go "Heartless" so far wins . It's also one of the album's most well written songs. It hits all the marks as far as what I want from him. "Faith" kind of splits the difference between what we know works for him and the new more atmospheric side. Taking a shot at new wave is not new for him. He has done it better than he does on "Blinding Lights". It's not a bad song , but I have heard him do this better. It might grow on me.

He continues to use these new wave synth sounds on "In Your Eyes" . I was hoping for a Peter Gabriel cover, but instead we warmed over pop. I am glad it's more up tempo, but not his finest hour in terms of songwriting. 'Save Your Tears" keeps the 80s vibe , but doesn't fell all that inspired. The title track the album ends with starts off in atmospheric murk and pulls it together mid way through with a solid groove. This one is going to need to grow on me I will give it a 9, which would be better than most artists can do , but when it comes to him, this is the lowest score he has earned from me.

Email ThisBlogThis!Share to TwitterShare to FacebookShare to Pinterest
Labels: " After Hours", 9, album review, pop, The Weeknd