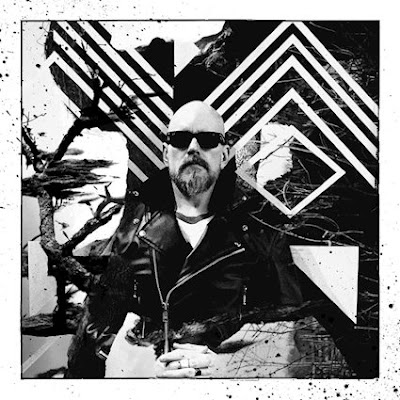 I would never name an album after the title of a Slayer album, and considering this project's metal past, I would think they are familiar with Slayer. Aside from that this is a solid release as Ryan from Coliseum continues down the dark road he began with this project. He is joined by the drummer from Metz . There is more of a dancey groove that makes this feel more like Love & Rockets than Joy Division. There is less of the punk like tension that colors most of the more modern takes on this genre. There is a little more kick to the burly bass of "Foto on Wire". "Love is a Devil" channels a more more gloom in the vein of Sisters of Mercy, though by way of Night Sins. The vocal doesn't get down as low as Eldritch. The drums sound more programmed and less organic here as well. There is more melodic guitar to "Up Above the World". They are not really bringing anything new to the wheel here. Given the genre's devotion to the 80s spinning it differently can diminish the feel they are going for. Though it's been proven by bands like Beastmilk that there is still life left in the corpse.

"Hold Me in the Night" has a more minimal pulse. It sinks into it's android atmosphere. I like the effects on his voice going into this. It simmer more like an interlude rather than committing to be a full on song.  There is a more "Pretty Hate Machine" like beat to "Never Fall Out of Love". Not the album's strongest song it kind of coasts on the synth wave pulse. The reverb & delay soaked 80s guitar sound is dialed in on "Expulsion From Paradise" .The vocals are more emotive and everything seems to just fall in the right place.  "Blue Smoke' has a hyper active bass line. The frantic under current of the song, makes it a little more manic than the songs up til this point. It reminds me a little of Devo.

There is a Killing Joke drive to "Chaos & Cosmos", but this second have of the album does take a more new wave feel than post -punk. U was going to say that the closing song reminds me of an electronic version of Joy Division, but that is really New Order, so that would be the comparison here. Upbeat and happier than my normal listening when it comes to this sort of thing, but it still works well enough. I will give this album an 8.5, I would prefer it to have been a little darker , but it has some really strong moment and is a welcome break from the run of the mill post- punk revival thing, This is being released March 13th on Profound Lore. .