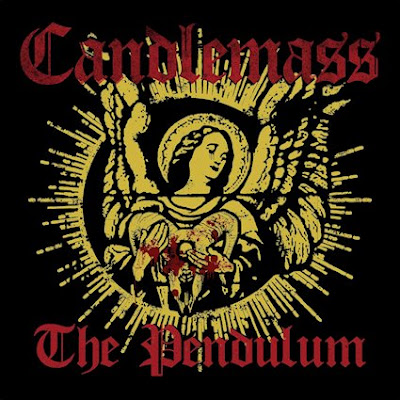 I know Johan Längqvist was the band's first singer as he was on the "Epicus Doomicus Metallicus", but I have always been partial to Messiah Marcolin who sang on "Nightfall" which is my favorite album by these guys. The opener is rock infused and upbeat, not doom. A pretty solid song despite this fact. They do get darker and gloomier on the track " Snakes of Goliath". I will give it to Johan his voice sounds pretty solid on this. Marcolin was a tad on the melodramatic side. With doom the challenge even for veterans of the genre like these guys is the temptation to worship too heavily at the altar of Sabbath. Johan has more in common with Dio than Ozzy. Most decent metal is going to have some Sabbath influence. I do not think I would want to listen to a band that did not at least have a deep respect for Sabbath. Yeah I know Iommi played on the last album, but we are straight up jacking "Electric Funeral" here. But this is largely forgivable if Poppa Iommi says it's ok.

The album sounds great in terms of the guitar tones. I think the bass could come up in the mix a little. Perhaps this would add to the Sabbathy nature, but it would also give more heft to their rumble. They remedy this after an acoustic interlude with the song "Aftershock" that sticks the bass right in your face.  But alas it is also an interlude. This is only an EP so we are not getting much in the way of songs, but if you combined the first interlude with this one and put some drums behind it you would have a song. "Porcelain Skull"  finds a better balance as it's true to the more traditional doom they play without sounding like Sabbath. Johan's vocals are more soulful on this one. One point of note with these guys is unlike younger bands who drone on into a graveyard of jamming these guys are concise song writers who keep things under 6 minutes. There is a really solid solo on this one as well.

Ok another one minute outro ditty. These could have totally made another song and given us four instead of three. This sounds like it would be the beginning of said song, then the first interlude and it ends with the third. They should have asked me to help them arrange this . I would have been busy asking them about Marcolin so it would not be the most productive song writing partner ship. So what we got here should tide us over til the next proper album. Johan still has it in him and by then I think I will have totally accepted him. I will give this as 9 as the actual song do rock out well. This comes out March 27th on Napalm Records.