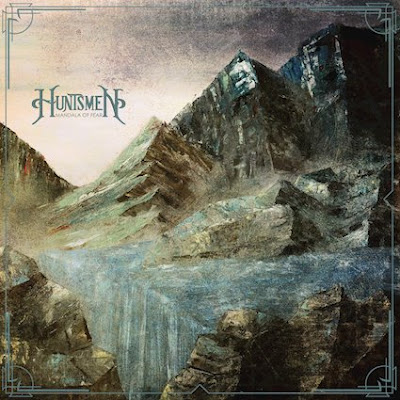 The first thing notice about this s prog band is how they use  Yes like harmonies . Eventual it breaks down into trade off between the male vocal and a female vocal. It hammers into a heavier section with a more throaty growl. Pretty uptempo doe the first half of the song. The way folk works into what they do feels very Opeth. You can hear a clearer picture of how they are a sludge band at their core that has grown into this more progressive direction on "Colossus". Not unlike the journey Mastodon has taken over the years, these guys are more organic in how they embark upon it sonically. "Colossus" flows better than the opener from a song writing perspective, benefitting from a great bass line to hold it all together. I like the tension that flows through the veins of "Atomic Storms". The chug is pretty weighty with it's sludge edge.  It punches in a similar fashion to what Tool used to do.

The female vocals lead into "God Will Stop Trying" to give a soulful tone to the otherwise western influence of the guitar's twang. It builds into the more rock dynamic, Thanks to top notch drumming the groove really carries the song "Pirates of the Waste".  Instrumentals are normally a hard sell for me. "Hill People Drugs' is really just an ambient interlude. There is a raspier rock vocal on "Bone Cathedral" that is more yelled than sung. They continue to rock down this rougher road on " a Nameless Dread". It gets proggier like how the album began mid way into it. They even get somewhat black metal with blast beats and screamed vocals . "Awake at Time's End" starts off with a folk strum that comes across more like emo. The song builds in a very fluid manner and is well done.  I like how they jam it out at the end.

"Loss" is more like an interlude than an actual song. It does show how well produced this album is and how masterfully the guitar tones are captured. "The Silver Lining" is a quick punk sludge ditty, that is not my favorite song , but it's fine for what it is. They more fully commit to their brand of expansive stoner metal on "the Swallow" . It's almost 11 minutes long.  The melodic verses start of sung then become angrier in places. After some Kyuss like jamming it builds up brawn.  The last song works off a more droning variation of the heaviness they tapped into on the previous song. More of  Hum vibe. The album is pretty impressive fans of stoner rock, progressive metal and sludge will all find things to latch onto here. I will give it a 9. .