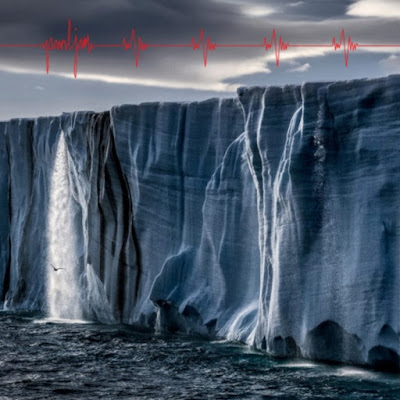 Pearl Jam is a band I sometimes have a hard time with because I do not like their fans . I have the same problem to an even greater extent with Dave Matthews . They seem like frat boy douche bags. Despite this I love Pearl Jam's first three album and the stuff after that is a mixed bag. It gets off to a garage rock start, more straight up rock than the ballsy kick of what we called grunge. Not a bad song, but I am not blown away either. Vedder's voice is not as resonate. Yes, he is older , but so it Nick Cave. "Superblood Wolfmoon" is more playful, though not punk, wanting to head in that direction. Shit, Eddie sounded better on the first song. It's a little too happy for me. They are in a hard place as when they dpo experiment it's not going to be what you want, like the dance beat and electronic elements to "Dance of the Clairvoyants" , though Eddie sounds better which is what I am listening for. The guitar is on the funky side here.

"Quick Escape" is the first song where they really nail what I want from them and it even comes with a ripping solo. "Alright" is more atmospheric and introspective. Eddie's voice sound back to where it should be , but the song it self does not grip me. "Seven O Clock". Has the strummed Neil Young folk rock feel. The melody on the verse is a little awkward. It's strummed and feels like a Pearl Jam song, so it works more than is doesn't. There is a more Rolling Stones like rock n roll feel to "Never Destination" . I am not sure even their most hard core fans could co-sign this as much more than filler. There is more of an edge to "Take the Long Way", but it's a long way from anything off "Vs." . The chorus is pretty decent and helps sell me on it. "Buckle Up" sounds like something they are just improvising during a sound check.

The more folk strum of "Comes Then Goes" is pretty consistent with what they normally do. "Retrograde" find them showing what works best for them as a band . The song starts off straight forward folk rock, then opens up into something more sonically expansive. "River Cross" might be some next level shit for a Bruce Springsteen album released in 2020, but for the guys who made them album "Ten" it's just ok. I will give this one an 8.5  and see how it grows on me. My thoughts could be summed up on the album as a whole in the same way I shared them about the last song,